Addo on loan to Roda again 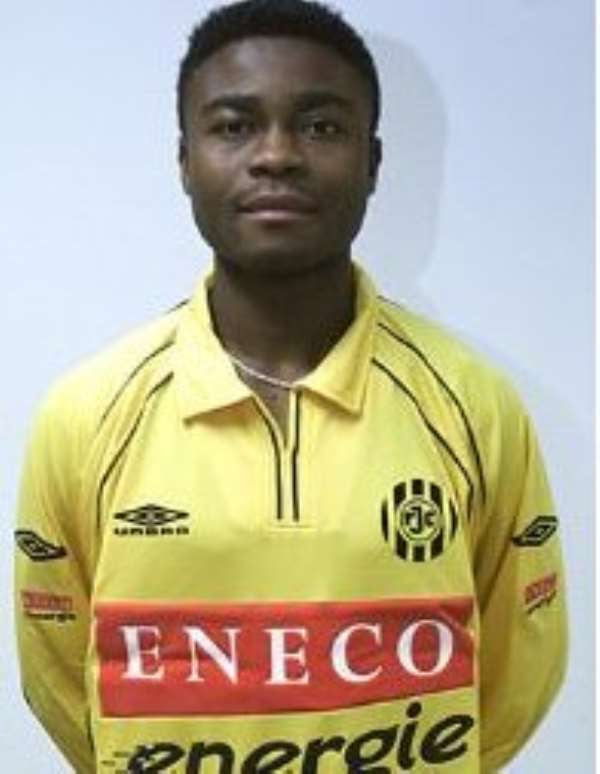 PSV has again loaned out Eric Addo to Roda JC. The 24 year old Ghanian arrived four seasons ago in Eindhoven along with Eric Gerets who was appointed as coach, both came from Club Brugge. Addo was never a first team player and just bagged up 20 matches before the last winter break. Roda JC loaned him the second Eredivisie part and he played sixteen matches for the team of Wiljan Vloet. PSV also extended his contract. Addo got a contract till 2004 and will now have a deal till 2007.