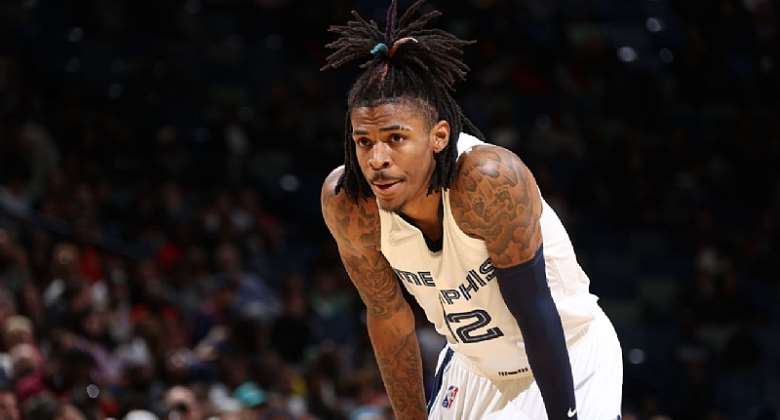 Morant was hurt while dribbling the ball toward the paint, although there was no contact that appeared to cause the injury. He began to limp, passed the ball and then hobbled off the floor in the middle of the play.

After briefly being attended to in front of the Grizzlies' bench, Morant was helped to the locker room, putting no pressure on his left leg. Minutes later, the Grizzlies announced that he was ruled out for the remainder of the game.

"I think seeing the way that he went off the floor kind of sent shockwaves through the team," Memphis coach Taylor Jenkins said. "The Hawks played really, really well. We had a lot of looks that didn't fall. Definitely, the mojo was kind of lost."

Said Memphis forward Jaren Jackson Jr. said: "It's just tough when you see stuff like that. It's just nothing you want to see in the game."

After the loss, Morant posted a statement on social media that read: "It's in God's hands now. All we can do is pray."

Morant, 22, has established himself as one of the NBA's premier young stars. He seemed to be on the path to his first All-Star appearance this season, averaging a career-best 25.3 points, 5.8 rebounds and 7.1 assists per game entering Friday night.