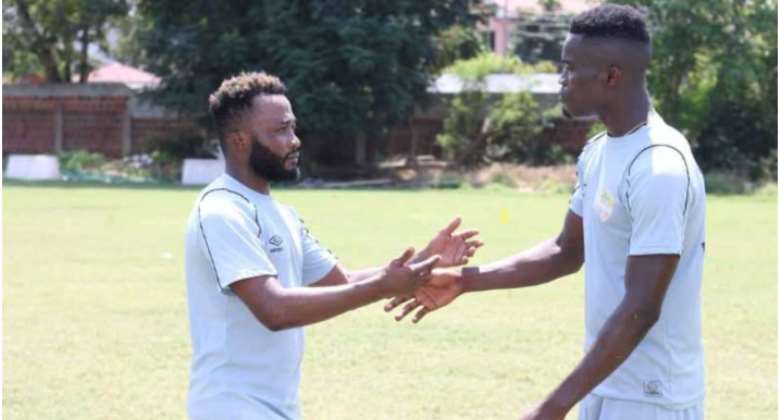 Hearts of Oak midfielder, Gladson Awako has dismissed spiritual attack reports, revealing that he sort to away from the team due to a serious stomach problem.

The 30-year-old has returned to the training ground with his teammates after months of failing to train with his new teammates having joined the club from rivals, Great Olympics.

The former Great Olympics player has denied such reports, claiming he has been unwell and was not physically fit to represent the club.

In an interview with TV3, the former FIFA U20 World Cup winner explained his absence and says he is ready to play for the Ghanaian champions.

"When I joined the team, before God and man I wasn't feeling well," he said.

"I asked for permission from the club which they granted me to go and cure myself. I don't believe there were any other things like what people were saying. They were totally different," he added.

Meanwhile, Hearts of Oak have been given GHC 1 million by President Nana Akufo-Addo to support their CAF Confederation Cup campaign.

The Phobians paid a courtesy call on the President at his office in Accra, where the donation was made with the club urged to make Ghana proud in Africa.

Hearts of Oak will play Algerian side, JS Saoura in the playoffs on Sunday at the Accra Sports Stadium.

‘A Deputy Speaker is not a Speaker, I’m an MP’ – Joe Wise
2 minutes ago