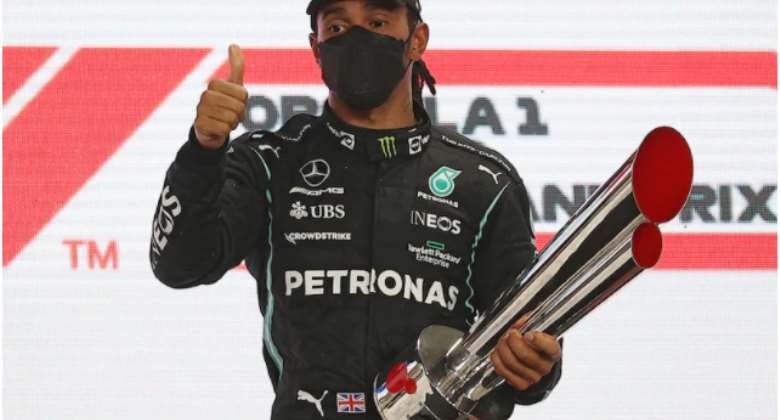 Lewis Hamilton won his second straight race at the Qatar Grand Prix to narrow the gap on Max Verstappen at the top of the drivers’ standings to just eight points.

The seven-time world champion led from start to finish after clinching pole position at the Losail Circuit, hosting a Formula 1 race for the first time, as he continued his title comeback after victory at the Sao Paulo Grand Prix.

Valtteri Bottas and Verstappen were both handed grid penalties for ignoring yellow flags in qualifying, but the championship leader quickly made his way through the pack to second place.

Bottas suffered a puncture on lap 32 which dropped him down to 14th place, dealing a blow to Mercedes, who needed points from their two drivers to boost their constructors’ championship chances.

Fernando Alonso enjoyed an excellent start to the race, and despite being passed by Verstappen, still managed to finish on the podium in third, his best result of the season so far.

Damage to the front wing forced Bottas to retire before the end as Lando Norris, George Russell and Nicholas Latifi all suffered late punctures with the latter also withdrawn from the race.

Sergio Perez was chasing Alonso late on, but a virtual safety car stopped his charge while Verstappen grabbed the bonus point for the fastest lap.

Hamilton and Verstappen couldn’t be caught as they set the pace throughout. There are now just eight points between the two title challengers with two races (Saudi Arabia and Abu Dhabi) of the 2021 season remaining.