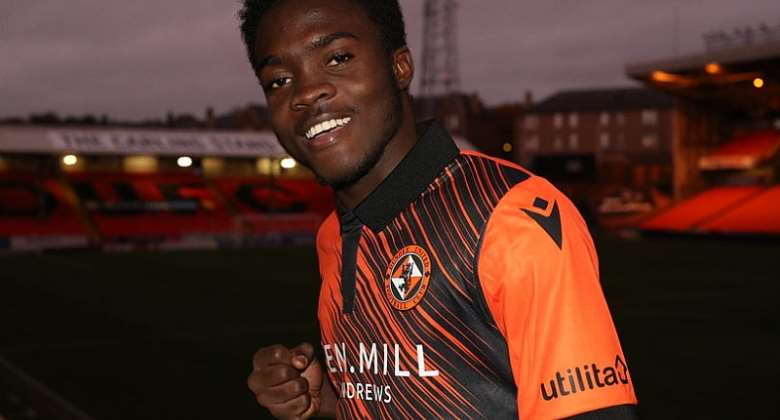 The prodigy in the past year came into the highlight after his short but bright stint with Ghana Premier League giants Asante Kotoko.

On the back of strong interest from a number of European clubs, Mathew Anim Cudjoe has been signed by Dundee United.

“Dundee United can announce that Ghana U20 African Cup of Nations winner Mathew Cudjoe has agreed terms with the Club and will join subject to international clearance.

“The 18-year-old forward-thinking midfielder joins the Terrors from Ghanaian side Young Apostles having previously trained with Bayern Munich amid interest from a host of European clubs,” an official club statement from the Scottish club said on Wednesday evening.

The exciting forward was part of the Ghana U-20 team that won the U-20 Africa Cup of National tournament earlier this year.

Last season, he played for Ghana Premier League side Legon Cities FC where he excelled despite the minimal playing time.