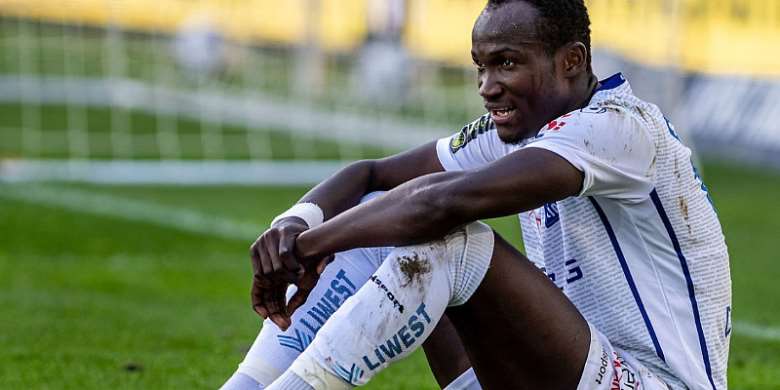 Ghanaian striker Raphael Dwamena was rushed to the hospital on Wednesday after he collapsed on the field during an Austrian Cup match.

The third-round clash between Dwamena's side Blau-Weiß Linz and Harterg was suspended after the attacker went down in the first half.

"His defibrillator struck and the doctors were able to stabilize him quickly," Linz manager Stefan Reiter told the APA.

The good news is "Raphael's condition is stable." The rescue chain had "worked outstandingly". "It didn't take a second for the paramedics to get to him."

Dwamena returned to action recently after a year out with a career-threatening heart problem.

The 26-year-old played his first match of the season on October 3 and assisted a goal as BW Linz beat FC Wacker in the Austrian second-tier.

It was his first match since 18 October 2020 when he lasted 46 minutes for Vejle in the Danish Superliga.

It’s the third time Dwamena's career is having to take a hit by his heart condition.

In 2017, the Ghana international saw a move to Premier League side Brighton and Hove Albion cancelled for reportedly failing a medical in relation to his heart condition.

Dwamena is a full Ghana international, scoring twice on his debut in an Africa Cup of Nations (Afcon) qualifier against Ethiopia in 2017.