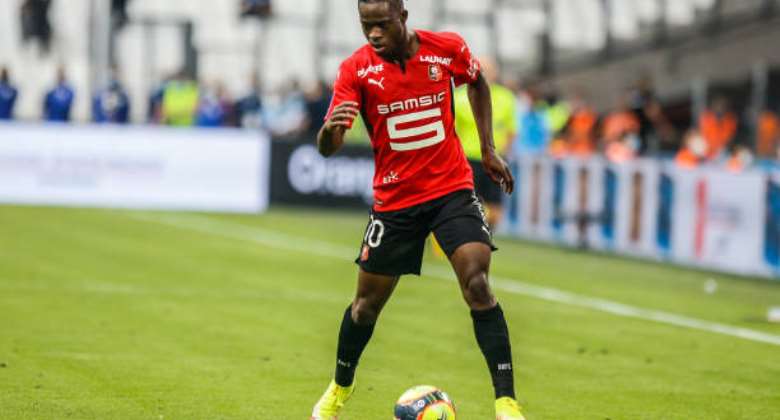 Stade Rennais winger, Kamaldeen Sulemana has been rated as the second most in-form player in Europe.

The former Right to Dream Academy player has been on a good form following his move to the French Ligue 1 this summer.

Sulemana has been named by football stats aggregator Whoscored as the second most-in form player in Europe.

The 19-year-old is only behind Liverpool forward Mohamed Salah who has now scored in 10 consecutive games for his side.

He displaced Real Madrid’s Karim Benzema and Bayern Munich striker, Robert Lewandowski to place second with a form rating of 8.14.

Whoscored described Kamaldeen as one of the “breakout stars in the 2021/22 Ligue 1 season” who has been “exceptional for Rennes this campaign.”

In just eight league matches since he moved to France from FC Nordsjælland, the skilful and pacy forward has scored four goals and created another for his teammate.

Against Strasbourg over the weekend, he made three key passes, got one shot and completed five dribbles.

Kamaldeen Sulemana also scored a wondergoal the other weekend against FC Metz, beating two defenders with a wonderful piece of skill.