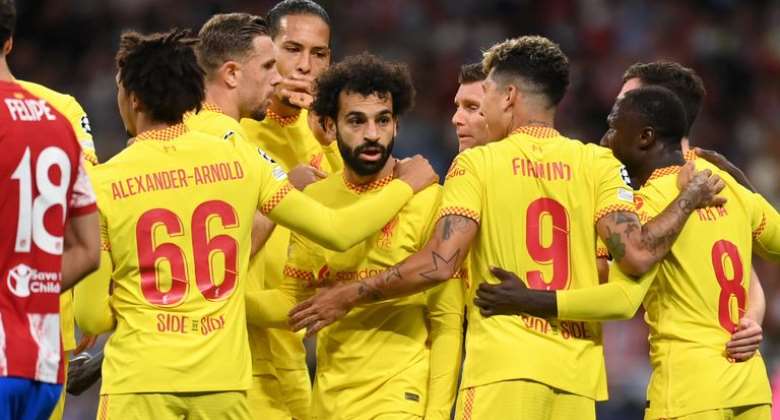 Mohamed Salah notched up another Liverpool record as he scored twice in a dramatic and, at times, controversial 3-2 win at 10-man Atletico Madrid to maintain the Merseysiders’ perfect start in Champions League Group B.

The Egyptian cut past three players on the right and fired a deflected shot into the corner to open the scoring on eight minutes. There was initially some confusion over who should be credited with the strike but UEFA eventually settled on Salah which saw the forward make history as the first-ever Reds player to score in nine consecutive matches in all competitions.

The visitors then doubled their advantage on 13 minutes when Naby Keita rifled a brilliant volley into the corner from 20 yards out.

Atletico responded and Antoine Griezmann directed Koke’s cross-shot into the corner on 20 minutes before taking Joao Felix’s pass on the burst and firing a low effort beyond Alisson just past the half hour.

However, the France international's night turned sour early in the second half when he was shown a straight red card for challenging with a very high boot that caught Roberto Firmino in the face.

Liverpool toiled in trying to make their one-man advantage count but were given a huge opportunity 12 minutes from time when Mario Hermoso inexplicably shoved Diogo Jota in the box. Salah stepped up and coolly fired home the spot kick to claim his 12th goal of the season.

Atletico then had a penalty award overturned when the referee consulted the monitor following a push by Jota on Gimenez and Liverpool were able to hang on from there.

The result sees Jurgen Klopp’s men remain top of the pool on nine points with Atletico in second on four. Porto are also on four points in third while AC Milan are bottom and pointless.

Next up in Group B, Liverpool host Atletico on November 3, while FC Porto visit AC Milan.

Immediately withdraw your directive to Goil; it's dangerous ...
9 minutes ago