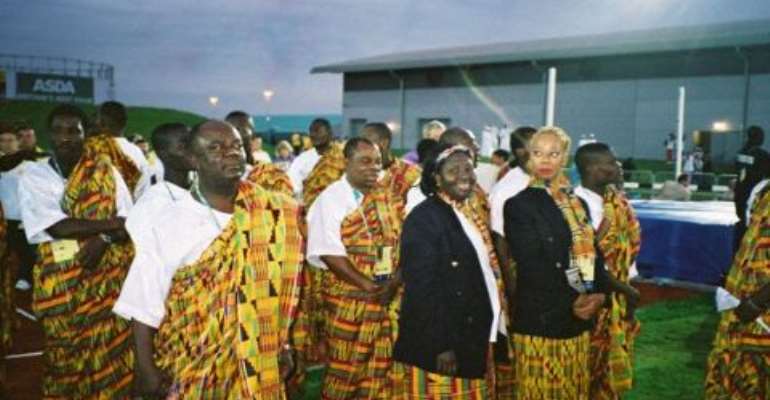 IT is amazing the way some strange things happen in Ghana sports. The situation has come full circle again in connection with our participation in the Commonwealth Games which opened in Manchester last Friday. Ghana’s contingent to the games was made up of 25 athletes and 29 officials. We question the wisdom in this kind of arrangement. How on earth officials should outnumber athletes to a major competition like the Commonwealth Games is something we can’t bring ourselves to understand. Wouldn’t it have made more sense to give, say, 19 of the places given to the officials to athletes? We wait for an answer.
Accra Mail Editorial: 29 officials vs 25 sportsmen and women
It is in the interest of the state for public officials to travel.
They should leave their offices and go round the country to either inspect projects or to supervise maintenance work, or just simply to see their country. Whenever possible, the state should provide the funds for such travels.
Equally important is foreign travels, for no country can be an island unto itself. Government officials must travel abroad for meetings, negotiations, signing of deals, diplomacy, fence mending with other countries, etc. There are numerous reasons why public officials must leave their shores to other lands. Nobody has any quarrels with that.
It is when public officials over-do things, like the 29 officials who accompanied 25 athletes to the ongoing Commonwealth Games. Then there is cause for concern.
We do not think it makes sense for more than five officials, excluding the Minister of Sports to have accompanied our 25 athletes. Or perhaps it does? We are sure there can be justification for each of those officials forming part of the contingent: medical people, welfare people, journalists, government officials, accounts people and so on.
Certain things just do not gel! The idea of 29 officials accompanying 25 sportsmen and women would automatically trigger the laughter of incredulity or snort of contempt!