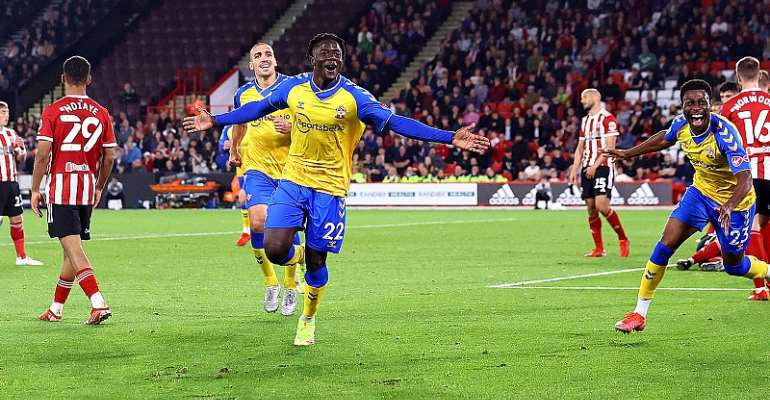 The Saints were hosted at the Bramall Lane Stadium in the Third Round games.

Southampton recorded a 4-2 win to progress to the next round of the competition on penalty shoot-outs.

The 21-year-old made good use of a cross delivered by Nathan Tella to give the Saints the lead in the 53rd minute as they come from behind.

French midfielder Ibrahima Diallo scored in the 23rd minute to cancel out Enda Stevens early goal for the home side but a strike from Ollie McBurnie on the 66th minute ended the fixture in a 2-2 pulsating stalemate.

Salisu has been a top performer for the Saints in their 2021/22 season's campaign with five appearances in all English Premier League games so far.

He will be hoping to keep his place when Southampton host Wolves this weekend in the Premier League at the Saint Mary's.

His sterling output has earned him interest from several clubs in Europe including Spanish La Liga giants FC Barcelona.