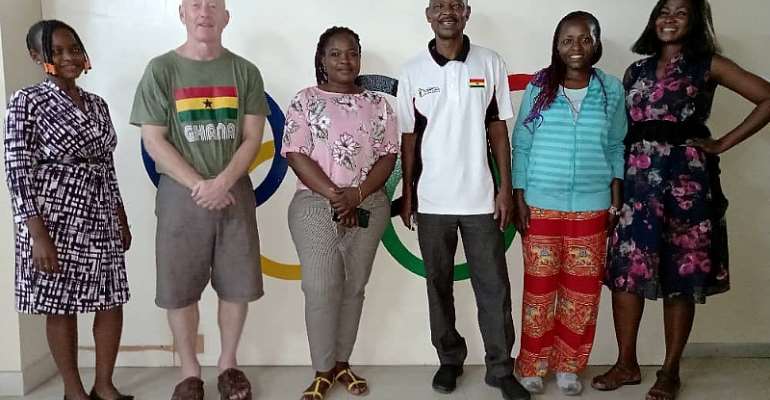 The professor from the University of Bradford, who loves running and photography urged Ghanaians to engage in more sports disciplines and encouraged the youth to go into sports.

The widely travelled sportsman who has been to several international sports programs including the Olympic Games and World Championships was accompanied by a colleague, Janet from Rwanda.

He was welcomed by the director of operations at the GOC, Mohammed Shaban who is also the technical director of the Ghana Cycling Association.

He shared ideas with the staff of the GOC and advised the nation to select the best sportsmen and women to represent at the next Commonwealth Games, African Games and Olympic Games.

Dr Carruthers congratulated members of Team Ghana at the Tokyo 2020 Olympic Games and commended the Black Bombers for their wonderful performance which yielded a bronze medal and placed Ghana on the medals table.

He hailed Samuel Takyi and advised him to go to the next Olympic Games in 2024, and prayed that Ghana will host a successful African Games in 2023.

He urged the sports media to be positive and support the government in hosting the African Games.