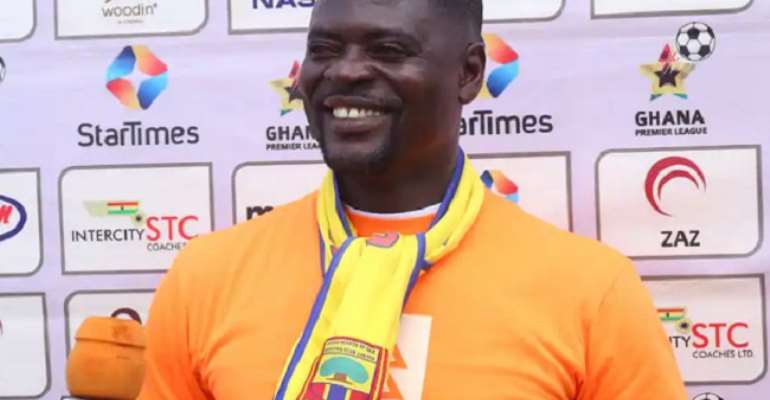 Hearts of Oak head coach, Samuel Boadu says he is confident his team will defeat CI Kamsar in the CAF Champions League playoff on Sunday, September 19, 2021.

The Ghana Premier League winners will tomorrow host the side from Guinea in a one-off time in the preliminary stage of the CAF elite inter-club competition to battle for the ticket to progress to the final phase of the playoff to the group stage.

Addressing a press conference in Accra on Saturday, Coach Samuel Boadu says he is optimistic his side will record the needed win.

According to him, his side has worked on its goal scoring problem in the last few weeks and will succeed tomorrow.

The CAF Champions League encounter between Hearts of Oak and CI Kamsar will be played at the Accra Sports Stadium in the absence of supporters.