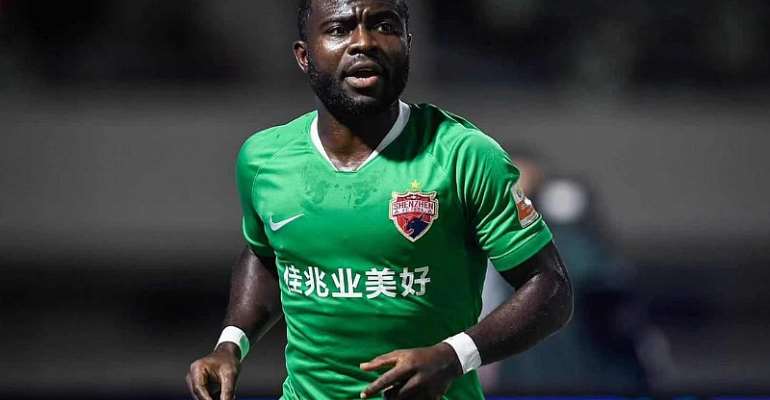 Ghana international, Frank Acheampong netted one of two consolation goals for Shenzhen FC on Thursday morning when the team suffered a 4-2 defeat to Shandong Taishan in the Chinese Super League.

The two clubs today locked horns at the Yuexiushan Stadium in a matchday 12 encounter of the ongoing 2021 Chinese Super League season.

Although it was predicted the game will be closely contested, Shandong Taishan had too much in their locker for Shenzhen FC.

Taking the lead as early as four minutes into the first half through Xu Xin, the home team went on to lead by three goals even before the half-hour marl.

Two minutes later, Li Yuanyi netted the first consolation goal for Shenzhen FC. Later in the final minutes to end the first half, Frank Acheampong showed impressive shooting skills as he scored the second goal for the visitors with an assist from Juan Quintero.

Going on to play in the entire duration of the defeat, the Ghana attacker finished as the star for the losers, earning a high rating of 7.4 from top statistics providers SofaScore.

On the matchday, a brace from Marouane Fellaini plus an equalizer from Guo Tianyu powered Shandong Taishan to the delightful 4-2 win against Shenzhen FC.