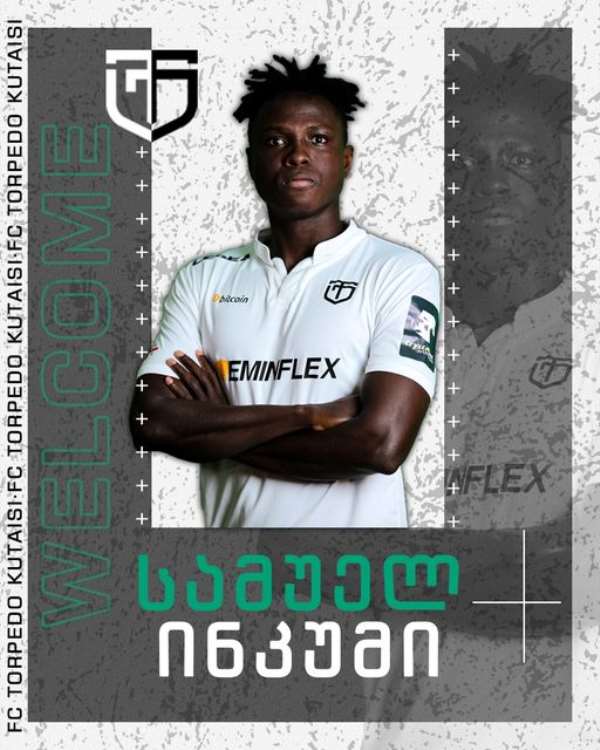 The former Asante Kotoko right-back parted ways with the club last month but has returned to the club today.

The 2009 FIFA U20 World Cup winner earlier joined the Georgian club in February this year on a short-term deal.

Announcing his return to the club, Inkoom wrote, "I’m back ⚫️⚪️🟡

"Happy to be back in such a traditional and titled club of Georgia, like FC Torpedo is.

"When I decided to leave the club, I wrote that would never forget amazing fans of the club. So, now I am again back and I will do everything for you “jungles” ❤️

"Let’s do everything together💪🏻.
"We are torpedo ⚽️"

Inkoom, 32, played 16 league matches for Torpedo Kutaisi, where he scored one goal in his first spell at the club.

He has previously featured for Switzerland outfit Basel and other clubs in Europe.

Inkoom made 46 appearances for the Black Stars and netted once.