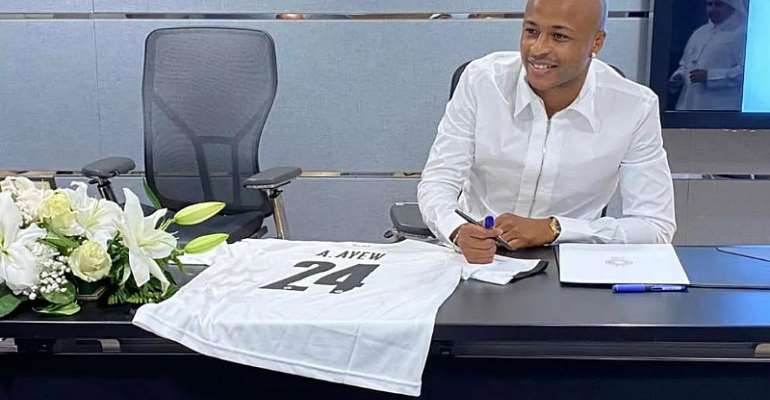 The former FIFA U-20 World Cup winner has today joined the Qatari club on a free transfer after partying ways with English club Swansea City at the end of the 2020/2021 football season.

At the new club, Andre Ayew will work under football great Xavi Hernandez who has since 2019 been the head coach for Al Sadd SC.

The gaffer at the end of last season led the club to lift the Qatari Stars League title. Next season, Xavi with a reinforced squad will be gunning for more titles with Andre Ayew expected to have a key role to play.

At the new club, the Ghana international has been handed the number 24 jersey. According to sources, the forward will be receiving a monthly wage of $220,000.

Last season, Ayew made 45 appearances for Swansea City in the English Championship as he scored 17 goals to lead the team to the finals of the playoffs.

Our members are dying, pay us – Contractors lament
26 minutes ago