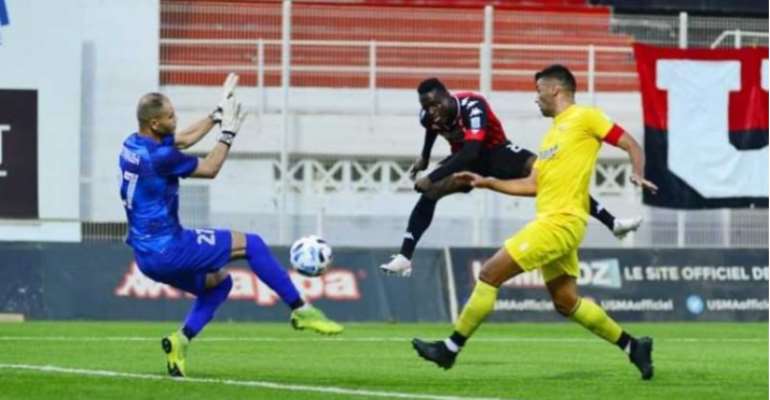 Ghana international attacker Kwame Opoku was on the scoresheet again for USM Alger on Thursday evening.

Opoku scored in the 17th minute to put his team ahead as they won 3-1 against Bordj Bou Arreridj during Week 28 of the National Algerian Championship.

The former Nkoransa Warriors forward chest-controlled a pass from midfield before spinning to fire home the first goal at Stade Omar Hamadi.

USM Alger went on to score two more goals in the second half courtesy Abderrahim Hamra and Ismail Belkacemi in the 57th and 78th minutes respectively.

Kwame Opoku played full throttle and now has three goals since joining L’USMA. He made a scoring debut last May in the Algerian League Cup.

The goal represent his third in eight games for USMA after scoring eight times in twenty games for the Porcupine Warriors during the first half of the 2020/21 season.

This means the talented footballer has scored 11 goals in 28 games this season for two clubs.