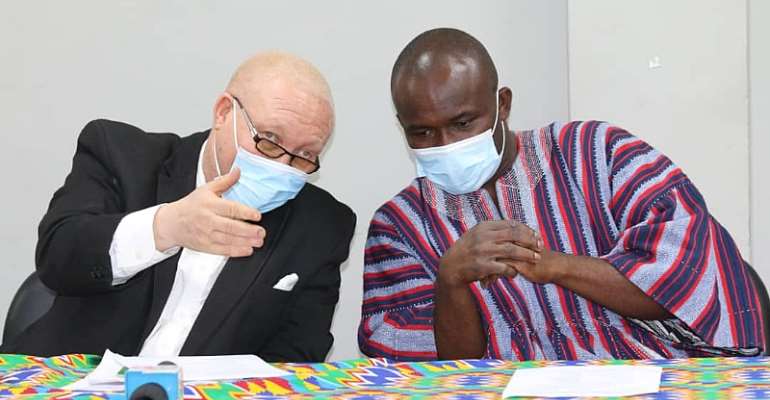 The Director General of the National Sports Authority (NSA), Professor Peter Twumasi says he fully supports the implementation of science and technology in the development of sports in Ghana.

Addressing boxing coaches at a review and dissemination seminar in Accra, he said the best way to move Ghana Sports forward and win more medals at international competition is to train with scientific methods and equipment.

The seminar which was organized by the Ghana Boxing Authority (GBA) and Ghana Boxing Federation (GBF) with supported from the University of Health and Allied Sciences (UHAS) is to impart new ways of doing things to the coaches to achieve positive results.

The seminar was directed by Professor Omotayo and attended by trainers and some friends of boxing.

The occasion was also used to inaugurate the newly formed national youth and juvenile boxing teams who have President Nana Akufo-Addo as their patron.

Lawyer Foh Amoaning said the nation needs to get back to winning ways at the African, World and Olympic Games, and he showed appreciation to GNPC, Goil, Ghana Gas, ADB and TSEL for supporting the programme.