What is ‘Barcagate’? Barcelona scandal explained 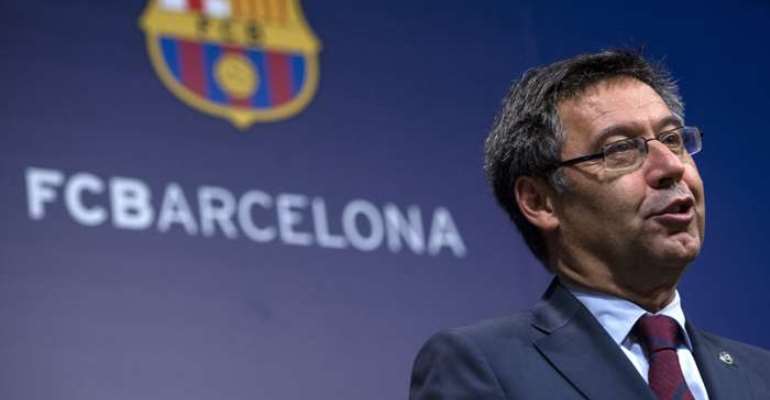 Former Barcelona president Josep Maria Bartomeu has been arrested by the police as part of an investigation into ‘Barcagate’.

Three other arrests were also made as part of the investigation, with documents regarding the case handed over to the police.

So what is ‘Barcagate’, and why were Bartomeu and Co. arrested?

‘Barcagate’ refers to an ongoing investigation in which the administration of former Barcelona president Bartomeu were accused of secretly paying PR company I3 Ventures to do online work for the club.

Bartomeu, along with three others – Chief Executive Officer of the club, Oscar Grau, former adviser to the presidency Jaume Masferrer, and head legal counsel Roman Gomez Ponti – were arrested as part of a police investigation into the matter.

The investigation first began following a complaint made by a Barcelona fan group, amid speculation that the Liga side paid I3 ventures for work related to social media monitoring. Some of the work included painting a more positive image of Bartomeu while also seeking to disparage the reputation of several players – including Lionel Messi, Gerard Pique and Xavi.

The case first began in February 2020, with Cadena SER exposing that Barcelona had been contracted to I3 Ventures since the end of 2017.

At the time, Barcelona denied the allegations, though police continued to investigate the situation in the meantime.

They searched the club offices at Camp Nou in June 2020 before making the arrests in March 2021.

The name ‘Barcagate’ is a nod to the nomenclature trend inspired by ‘Watergate’. The ‘Watergate’ scandal introduced the pattern of using the suffix of ‘-gate’ by those who work in the media to describe controversial matters and events in both the United States and beyond.

According to the report by SER, the police are involved because the investigation potentially includes the criminal misdemeanour of improper management – in this case, paying an inflated price for I3 Venture’s services (allegedly up to six times higher than the typical market rate).

Those at the centre of the allegations are innocent until proven otherwise.

Bartomeu previously held the position of Barcelona president for almost seven years, beginning in 2014 and ending in 2020.

He replaced former president Sandro Rosell and was named the 40th President of Barcelona.

During his reign, Barcelona won the Liga title four times as well as the 2014-15 Champions League, but he will most likely be known for the club’s struggles during the end of his tenure – as well as the Messi transfer saga.

His final years will be immortalised by the lack of success in replacing Neymar, a trophyless 2019-20 season and the infamous 8-2 loss against Bayern in the 2019-20 Champions League.

Bartomeu resigned as Barcelona president in October amid heavy pressure from the club’s fan base, who already called for a vote of no confidence to oust him from his post before board re-elections in March.

Messi revealed his own tensions involving Bartomeu, telling Goal: “I told the club, including the president, that I wanted to go. I’ve been telling him that all year. I believed it was time to step aside.

“I believed that the club needed more young players, new players and I thought my time in Barcelona was over. I felt very sorry because I always said that I wanted to finish my career here.

I3 Ventures is a company owned by Argentine businessman Carlos Ibanez.

According to the website, it is a company that uses “data analysis to build knowledge about human behaviour”.

They also describe themselves as a “one-stop-shop agency with six years of experience in brand strategy, research and construction. Our experience with online audiences allows us to analyse and predict human behaviour and determine the relevant aspects to focus on”.

“I don’t want to get on badly with anyone but there have been times, like the issue of social networks. As a Barca player, I see that my club has spent money, money that went to criticising not only people with a historical relationship with the club, but active players – and that is barbaric,” the centre-back told La Vanguardia in October.

“I asked [Bartomeu] for an explanation and what he told me was: ‘Gerard, I didn’t know’, and I believed it. Then, later, we see that the person in charge of hiring those services is still working at the club.”

Barcelona issued a statement on their official website which read: “Regarding the entry and search by the Catalan Police force this morning at the Camp Nou offices by order of the Instructing Court number 13 in Barcelona, which is in charge of the case relating to the contacting of monitoring services on social networks, FC Barcelona have offered up their full collaboration to the legal and police authorities to help make clear facts which are subject to investigation.

“The information and documentation requested by the judicial police force relate strictly to the facts relative to this case.

“FC Barcelona express its utmost respect for the judicial process in place and for the principle of presumed innocence for the people affected within the remit of this investigation.”