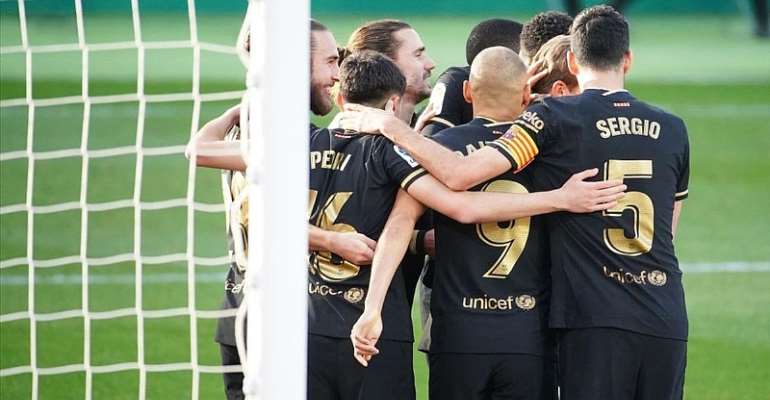 Frenkie de Jong and Riqui Puig found the back of the net as Barcelona went third in La Liga with a comfortable 2-0 away win over Elche.

Lionel Messi missed out for the Catalans as he served the second of a two-match suspension for the red card picked up in the Spanish Supercopa defeat to Athletic Club, but Barca coped without their top scorer and main man.

Elche held their own for much of the first half but buckled as Barca increased the pressure, with the opportunistic De Jong finishing on the goal line after a Martin Braithwaite cross was sent goalward by Diego Gonzalez.

Marc-Andre ter Stegen came to Barcelona’s rescue in the second half, denying Emiliano Rigoni after a mistake from Oscar Mingueza saw the Elche attacker run through on goal. The German goalkeeper saved with an outstretched leg.

Barcelona made sure of the three points late on as Riqui Puig came off the bench to head home a De Jong cross to the back post following an excellent surging run into the box by the Dutchman.

The result lifts Barcelona above Sevilla into third place in La Liga, three points behind rivals Real Madrid and seven points off the pace being set by leaders Atletico Madrid, who hold two games in hand.