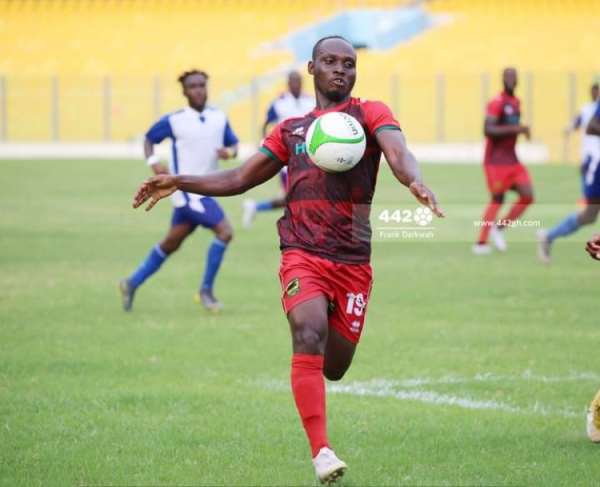 Asante Kotoko have parted ways with William Opoku Mensah after the expiration of his contract.

The management of the club have failed to renew the contract of the former Karela United forward who has been poor in the ongoing season.

According to Kumasi based Opemsuo FM, the management of the club have decided to release the forward.

Opoku Mensah joined Asante Kotoko on an initial one-year deal with an option of renewal prior to the commencement of the 2019/20 Ghana Premier League which was cancelled due to the Coronavirus pandemic.

He scored two goals in his eight appearances for Asante Kotoko in the 2019/20 season.

The forward joined the club on a free transfer last year after his contract with American side second-tier side Swope Park Rangers was terminated due to his poor performance.

Opoku Mensah featured four times in the 2020/21 Ghana Premier League with no contribution to goal scoring this term.

It’s ridiculous to ask Mahama to prove that no one got 50+ v...
7 minutes ago

Don’t blame your defeat in court on Jean Mensa – Ayikoi Otoo...
20 minutes ago