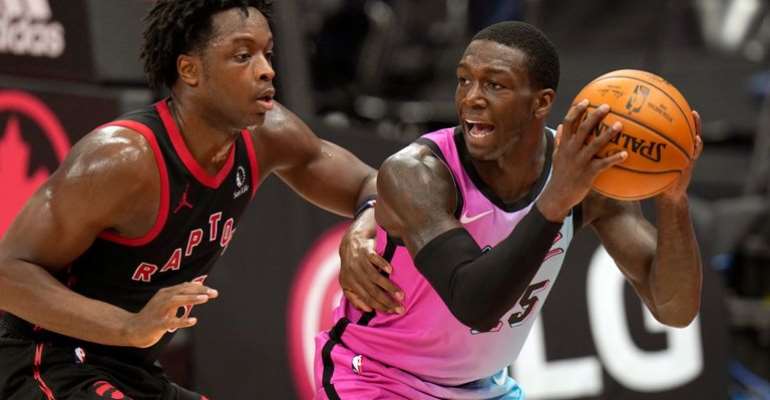 Kendrick Nunn scored a season-best 28 points off the bench and grabbed eight rebounds as the visiting Miami Heat got the better of the Toronto Raptors 111-102 at their temporary Amalie Arena home in Tampa.

It was the first time the Heat have won two in a row this season, and it ended the Raptors' winning streak at three games.