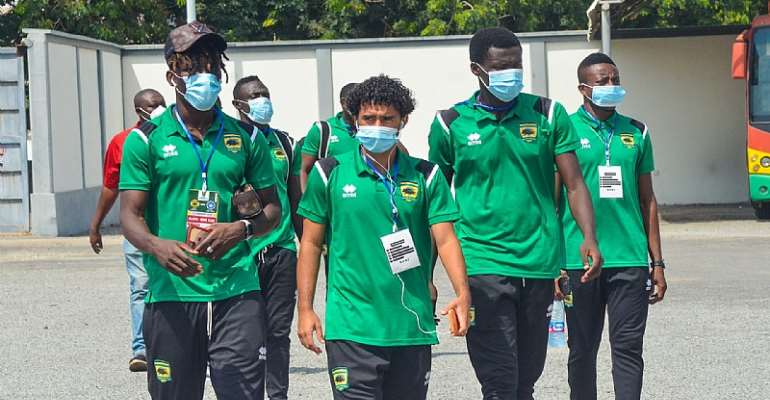 Asante Kotoko's Caf Champions League game against Al Hilal has been called off due to Coronavirus cases at the camp of the Ghanaian club.

The Ghana Premier League side were to honour their second game at the Blue Jewel Stadium in Omdurman today, Wednesday, January 6.

However, the Porcupine Warriors have been rocked by rising positive cases in the team after five players and seven officials tested positive for the virus.

The situation had led to the cancellation of the reverse fixture expected to take place tonight to force the governing body, CAF to take a decision on the matter.

The decision was made after conversations with medical experts and the health department officials in Sudan.

However, the Porcupine Warriors suspect foul play after the results were released by the Sudanese medical authorities.

The results released showed discrepancies which the Porcupine Warriors are eager to challenge.

“AL Hilal covid test results were mixed up with our results and a Covid result of one Asante Kotoko player conspicuously missing,” Kotoko wrote on their official Twitter handle.

“The two different covid result sample. The Negative results is different from the “ typed letter” format of the Positive covid results,” the club added.

It is yet to be known if another test will be conducted to determine whether the players are indeed positive or negative.

Meanwhile, the club have a task of overturning a 1-0 deficit from the first leg game played in Accra a fortnight ago.

Takoradi 'azaaa' woman still in custody as she fails to meet...
31 minutes ago