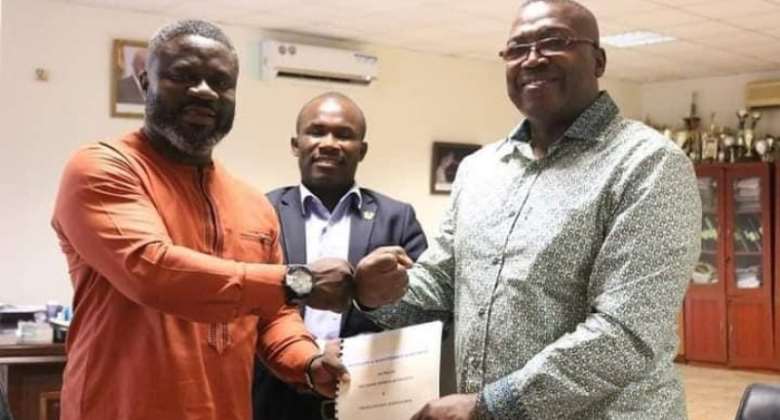 The National Sports Authority (NSA) together with the Ghana Hockey Association (GHA) have signed an agreement that will see to the renovation of the Theodosia Okoh National Hockey Stadium in Accra.

A statement released by the Public Relations Department of the NSA said that the agreement would ensure that the National hockey edifice would be upgraded to meet the infrastructural requirements of all international games including the upcoming 2023 African Games to be hosted in Ghana.

"This development project, which is being funded by the Ghana National Gas Company is expected to take care of other infrastructure development such as the upgrading of the offices of the Greater Accra Sports Directorate at the Tema Stadium,'' the statement added.

Mr Kwadwo Baah Agyemang, Board Chairman of the NSA in a brief statement after the agreement was signed said he was satisfied with the terms of the agreement, which in his view would go a long way to support sports

development in the country.
He urged other corporate organizations to partner the NSA in the area of sports development and the promotion which according to him can ensure a healthy lifestyle among the populace and also guarantee some level of income generation in the hugely untapped sports industry.

Professor Peter Twumasi, Director-General of NSA in his brief remarks thanked the Sector Minister Mr. Isaac Kwame Asiamah and the Governing Board of the Authority for their immense support for this initiative, which was expected to go a long way to ensure Ghana’s readiness for the 2023 African Games.

Dr Ben Asante, who signed on behalf of the Ghana National Gas Company thanked the Sports Minister and the Director-General of NSA for making this initiative a reality.

He also advised other Associations to partner with the Authority so as to make sports development a profitable venture.

I'm totally scandalised how Parliament has been badly bastar...
27 minutes ago