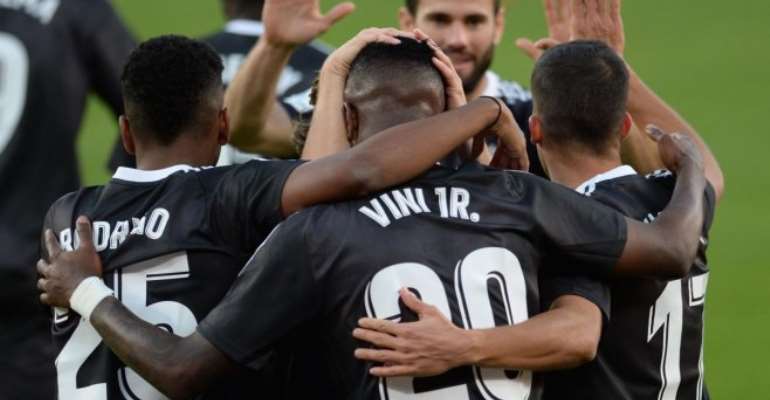 Real Madrid ground out a victory over Sevilla to end a three-game winless run in La Liga.

The only goal came when Vinicius Jr's shot hit goalkeeper Yassine Bounou and went in for an own goal.

Sevilla had only two shots on target - overhead kicks by Luuk de Jong and Lucas Ocampos - while Suso went close.

Karim Benzema had several chances to score for the defending champions and Toni Kroos curled an effort just wide from the edge of the area.

Real move up to third in La Liga with the victory, four points behind leaders Real Sociedad.

Their season is likely to hinge on Wednesday's Champions League game against Borussia Monchengladbach. A defeat would mean they would be eliminated in the group stages.