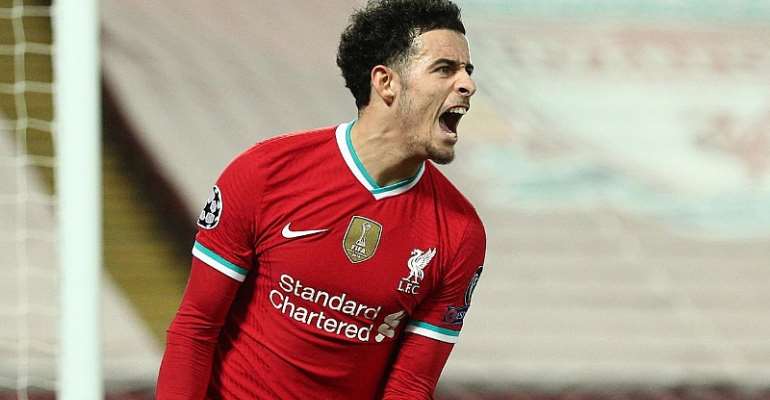 Curtis Jones struck the winner as Liverpool booked a spot in the Champions League Last 16 with a narrow 1-0 victory over Ajax at Anfield.

The 19-year-old midfielder hooked home just shy of the hour after an error from visiting stopper Andre Onana.

It was ironic to see a mistake from the most experienced goalkeeper on the pitch after the Reds were dealt a pre-match blow with the news their first-choice goalkeeper Alisson was out with a minor hamstring problem.

Jurgen Klopp turned to rookie keeper Caoimhin Kelleher, who gave an excellent account of himself on just his fifth first-team appearance for the club.

Jones hit the post early on as both sides looked to attack in what was a lively but goalless first period.

Ajax dominated after the restart but couldn’t make it count. Davy Klaassen headed wide before David Neres hit the woodwork on the follow-up after Kelleher had denied Noussair Mazraoui.

It was a costly miss as a minute later Onana misjudged Neco Williams’ cross to allow Jones to sneak in and touch home the only goal of the contest.

The result means Liverpool finish top of Group D on 12 points, with Atalanta second on eight. Ajax are in third on seven while bottom-placed FC Midtjylland picked up their first point of the pool in Italy.

Next up, Liverpool welcome Wolves to Anfield on Sunday night before signing off this group away to FC Midtjylland next Wednesday in a match where Klopp can now afford to rest some of his star names. Ajax host Atalanta in a clash that will decide who joins the Reds in the knockout stage.