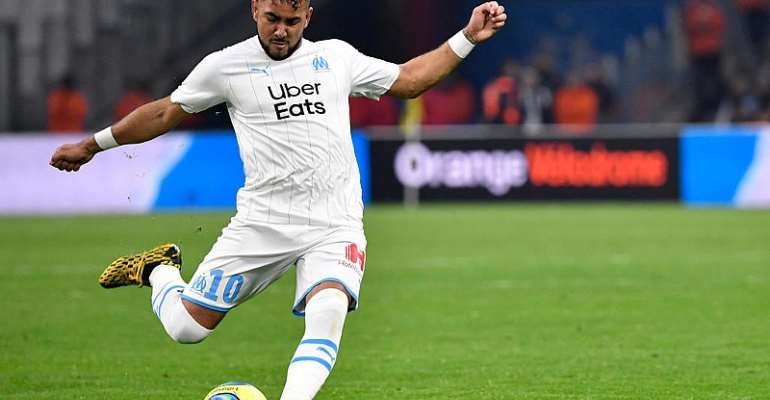 Marseille restored their pride in this season's Champions League after coming from behind to beat Olympiakos 2-1.

Mohamed Mady Camara scored the opener for the visitors in the 33rd minute at the Vélodrome.

Dimitri Payet levelled from the penalty spot 10 minutes after the restart and Payet gave the hosts the advantage - also from the spot - 15 minutes from time.

The victory relaunched the possibility of European football for Andre Villas-Boas' men who remain bottom of Group C but have three points like Olympiakos.

Marseille travel to pacesetters Manchester City for their final game in the pool on 9 December while Olympiakos entertain Porto.

On Tuesday Porto and Manchester City played out a 0-0 draw at the Estadio do Dragao.

Elsewhere, in Group B, Borussia Moenchengladbach maintained the lead of the pool despite a 3-2 defeat at home to Inter Milan. Shakhtar Donetsk rose to second on seven points after a 2-0 win over Real Madrid.

Staying
Dentinho broke the deadlock in the 57th minute and Manor Solomon added the second eight minutes from time. The Ukrainians will advance if they beat Inter Milan on 9 December. They will still progress with a draw should Real fail to collect maximum points against Borussia Moenchengladbach.

“I've no intention of resigning,” said Madrid coach Zinedine Zidane after the setback at the Olympic Stadium in Kiev. “There have been difficult times in the past and there'll always be difficult moments. We're having a bad run but we've got to keep going on.”

Madrid last failed to reach the knockout stages in 1997. Zidane - who led the team to consecutive crowns between 2016 and 2018 -  added:  “There's one match to go and if we win that we'll qualify. I've got the strength to continue and I'm going to give everything and so will the players.”

In Group D, Liverpool progressed to the last 16 following a 1-0 win over Ajax. Curtis Jones got the only goal of the game in the second-half. The Merseyside's will go into the draw as group winners. Ajax will take on Atalanta on 9 December for the runners-up spot.

Rawlings came through for me in my difficult moments as Pres...
37 minutes ago