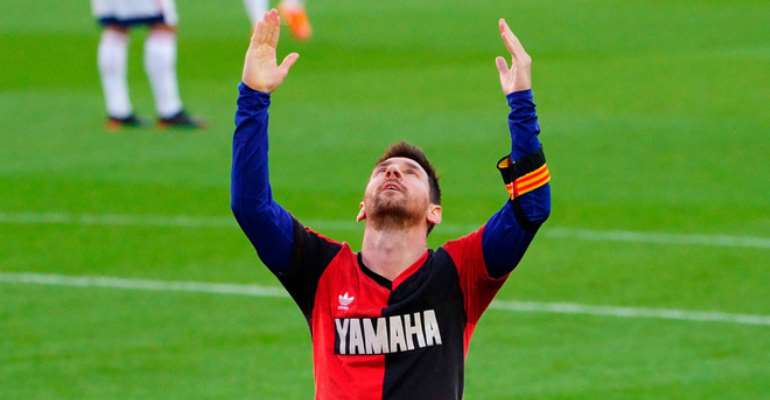 Barcelona paid tribute to Diego Maradona ahead of their La Liga match with Osasuna on Sunday afternoon, while Lionel Messi made his own gesture.

Maradona played for Barcelona between 1982 and 1984, scoring 38 goals in 58 games, winning three cups with the club over the course of two seasons.

He then moved to Napoli but his performances are not forgotten in Catalonia.

The former Argentina international died this week reportedly of a heart attack after a series of health problems and a life affected by addiction.

Before kick-off, players from both Osasuna and Barcelona stood around the centre circle with Maradona's famous number 10 Barcelona shirt at the heart of the circle.

A similar shirt was displayed in the stands of the empty Camp Nou.

Barcelona went on to win the game 4-0, with Messi scoring his side's final goal. He then celebrated by revealing a Newell's Old Boys shirt with a number 10 on his back.

Messi started his career at Newell's before moving to Barcelona, while the club was Maradona's penultimate side before retiring as a player.