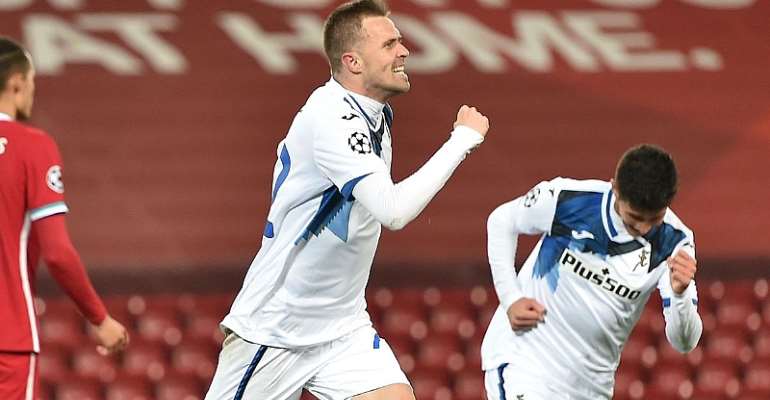 Jurgen Klopp made five changes to his line-up following the impressive victory over Leicester on Sunday, but his team struggled to click in a low-key first half despite seeing top scorer Mohamed Salah return following his absence due to Covid-19.

Atalanta were much-improved from their 5-0 home loss to Liverpool prior to the international break and took advantage of the hosts’ limp display courtesy of two goals in four second-half minutes.

Klopp threw on Diogo Jota and Roberto Firmino as part of a flurry of changes but they could not turn the tide.

The result sees the Reds remain top of Group D on nine points, two clear of Ajax who beat rock-bottom FC Midtjylland. Atalanta are level on points with the Dutch giants in third spot.

Liverpool will now turn their attention to the Premier League trip to Brighton on Saturday, prior to a key Champions League showdown at home to Ajax on Tuesday night.