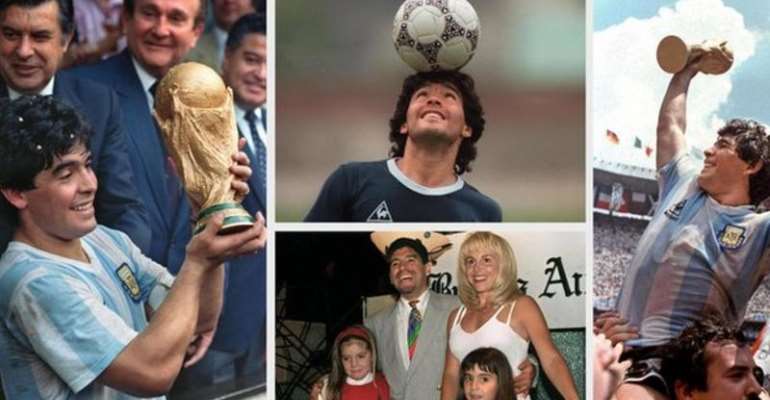 Diego Maradona - displaying the World Cup in 1986, during a training session, and with his ex-wife Claudia and their daughters Dalma and Gianina

Colourful doesn't really do him justice. Diego Maradona was a genius on the football pitch and a controversial figure off it.

From his homeland of Argentina to success in Italy, World Cup glory and his drugs downfall, here's a look at his life in photos. 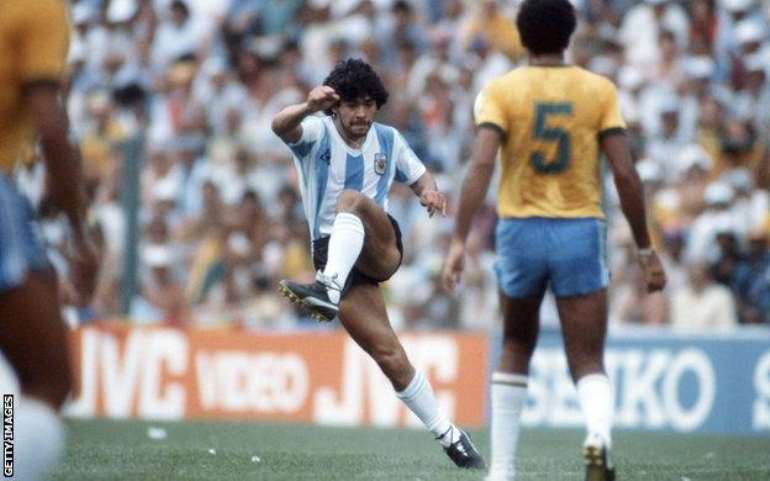 Starting out: Maradona made his World Cup finals debut for Argentina at the 1982 tournament in Spain, but really made his mark four years later... 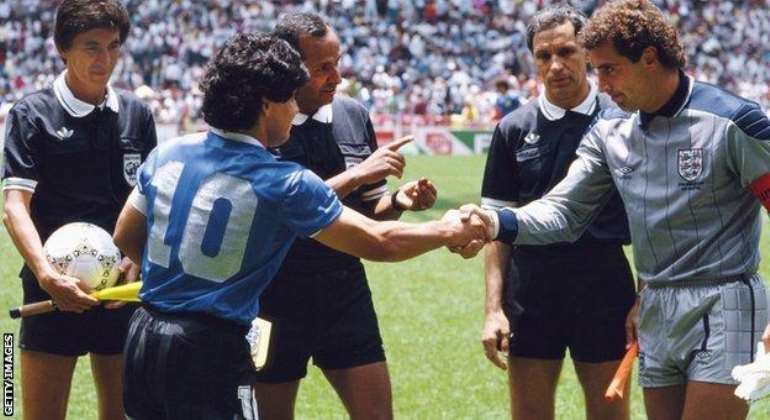 Calm before the storm: Handshake with England goalkeeper Peter Shilton before the World Cup quarter-final in Mexico in 1986 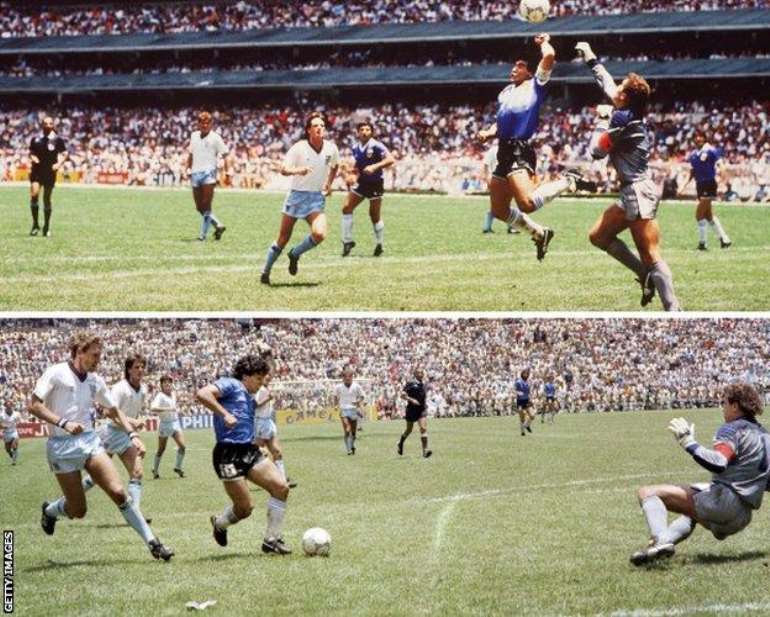 Ridiculous to the sublime: The 'Hand of God' goal against England, followed by the 'Goal of the Century' 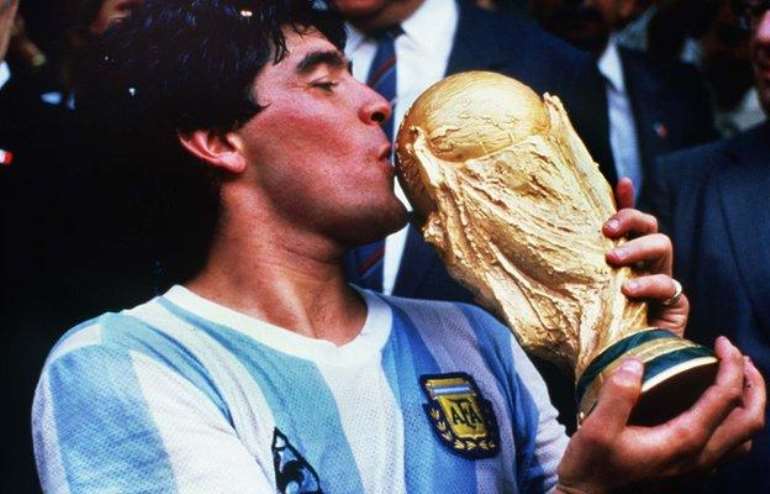 World class: Maradona was named player of the tournament after inspiring Argentina to victory in 1986, and helped the side reach the final four years later 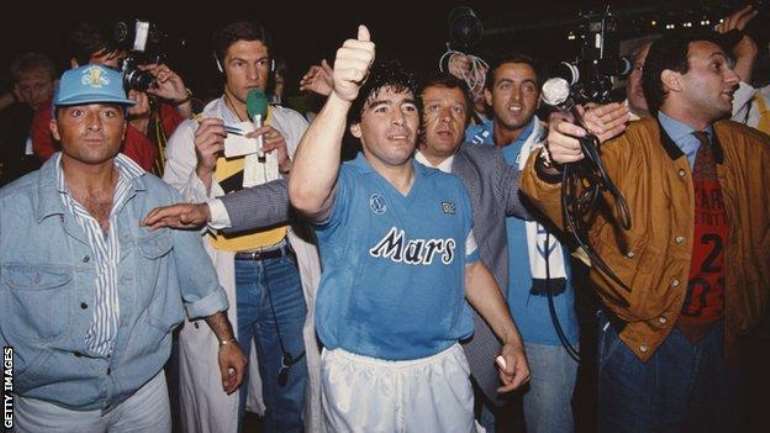 Cup king: Maradona was an icon at Italian club Napoli where he won the Uefa Cup in 1989, plus two league titles. The number 10 shirt was retired in his honour 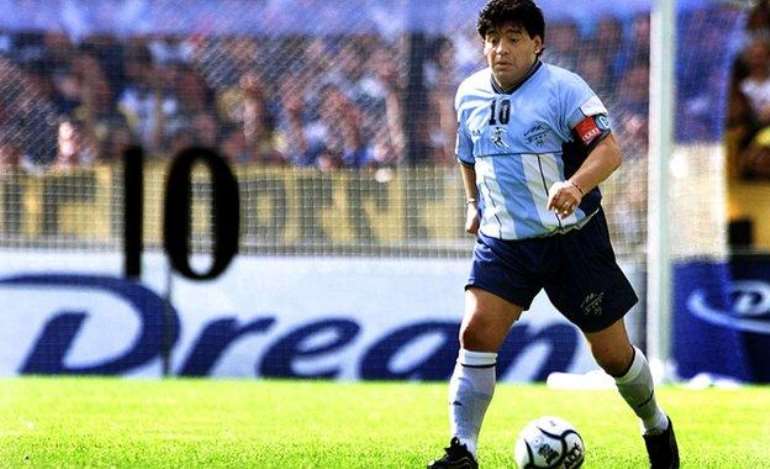 Heavy duty: Maradona, pictured in 2001, struggled with a drug addition and weight isues 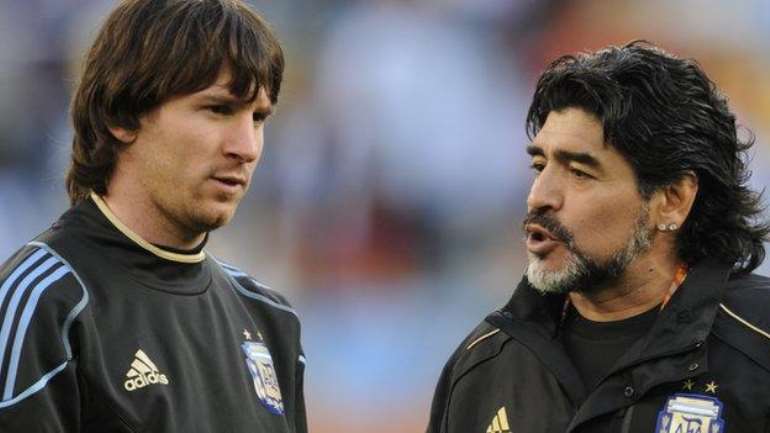 Argentina's A-team: Maradona, then manager of the national side, passes on his wisdom to forward Lionel Messi at the 2010 World Cup but they are beaten 4-0 by Germany in the quarter-finals 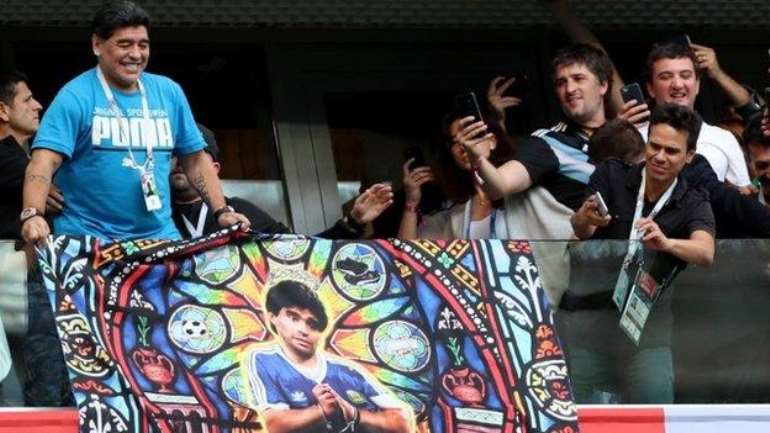 Poster boy: Maradona poses with a banner of himself at the Argentina v Nigeria game at the 2018 World Cup in Russia