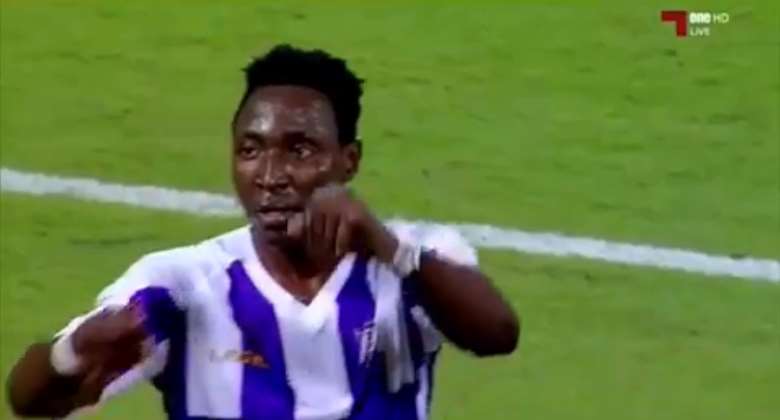 Ghanaian striker Kofi Kordzi scored on his debut for Muaither SC on Thursday evening when the team drew 2-2 against Al-Shahania in the Qatari Second Division.

The strong forward joined the Qatari club last month from Accra Hearts of Oak after spending one year with the Ghana Premier League side.

Today, Kofi Kordzi earned his debut for his new club, Muaither SC, and took full advantage to impress his employers.

On the Matchday, the striker found the back of the to help his team draw 2-2 against the opponent, Al-Shahania.

In a match played at the Thani bin Jassim Stadium, the Kofi Kordzi pounced on a loose ball in the area of the opponent and fired in an unstoppable shot from close range.

With his first goal for Muaither SC in the bag, the former Hearts of Oak striker is being tipped to go on to play a key role for the club throughout the Qatari Second Division season.

N/R: Over 300 suspected criminals arrested in military opera...
10 minutes ago