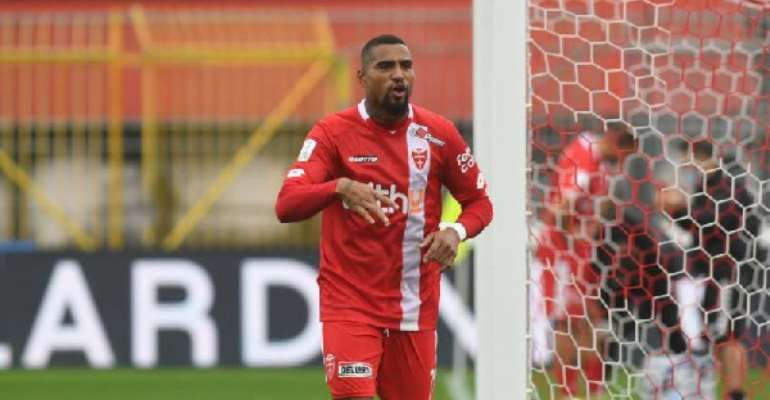 The ‘Team of the Week’ compiled by top statistics providers SofaScore throws the spotlight on Ghanaians playing outside Ghana every weekend taking into consideration the match stats they earn from games.

Over the past weekend, players in the various leagues were back into action with a number of them putting up an outstanding performance to help their various teams.

At the end of the Matchday, KP Boateng has made it into the team after scoring his first goal for AC Monza in the team’s encounter against Chievo Verona in the Italian Serie B.

The forward is joined in the attack by teenager Kamal Deen Sulemana who also dazzled for FC Nordsjaelland during their draw against AC Horsens in the Danish Superliga.

In midfielder, Afriyie Acquah earns a spot alongside Hans Nunoo Sarpei while goalkeeper Lawrence Ati-Zigi retains his place in post to command a back 3 that has experienced defenders John Boye, and Jonathan Mensah.

Over the past weekend, Andre Ayew featured for Swansea City while the likes of Jeffrey Schlupp, Elvis Manu, Bernard Tekpetey, Kelvin Yeboah, Majeed Ashimeru, and Kingsley Boateng all enjoyed minutes at their various clubs.

Akufo-Addo is confused over MMDCEs appointment – Ho Central ...
59 minutes ago