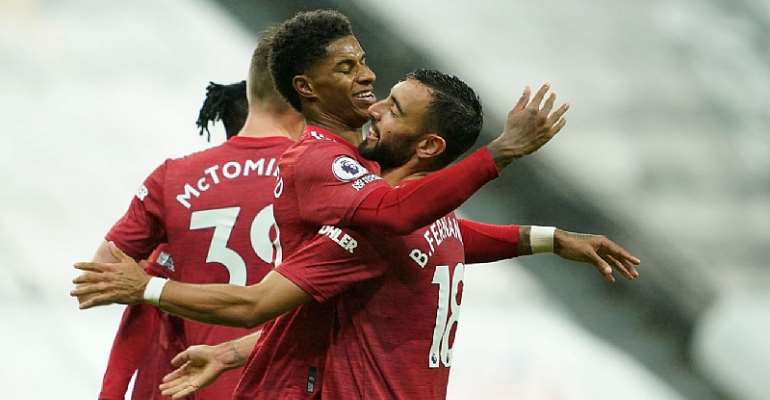 Manchester United scored three late goals as they returned to winning ways with a fully deserved triumph at Newcastle.

After shipping six in an abysmal defeat to Tottenham last time out, United made the worst possible start, with Luke Shaw diverting Emil Krafth's cross into his own net in the second minute.

But Ole Gunnar Solskjaer's men made the perfect response and levelled through Harry Maguire's header in the 23rd-minute after Bruno Fernandes had a goal chalked off by VAR just minutes earlier.

The visitors dominated proceedings, overwhelming Steve Bruce's defence, but despite creating a number of opportunities somehow found themselves level at the break.

David De Gea came to United's rescue with a fantastic save on the line to deny Callum Wilson just after the restart, while at the opposite end Karl Darlow ended Fernandes' 100 per cent record from the spot with a strong one-handed save after Marcus Rashford won the penalty.

But Solskjaer's side finally took the lead with four minutes remaining, with Fernandes finishing a clever counter-attack before Aaron Wan-Bissaka added a third with his first senior goal and Rashford put the gloss on a solid performance with a cool fourth.