I 'Deserve' A New Deal At Man City - Pep Guardiola 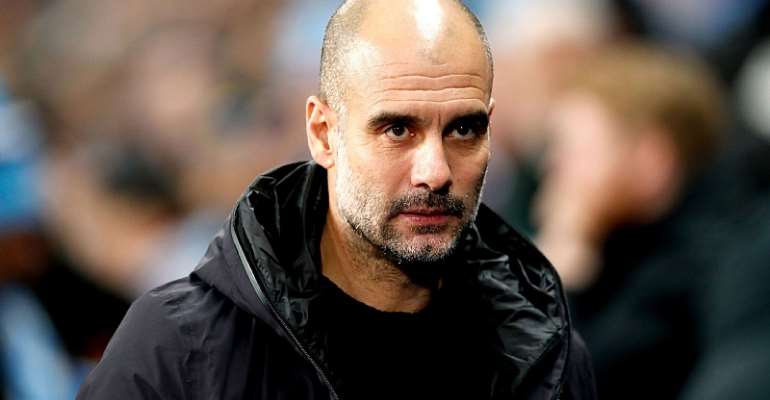 Manager Pep Guardiola says he needs to "deserve" an extension to his Manchester City contract rather than just be handed one.

The Spaniard's current contract expires at the end of this season and the City hierarchy want him to stay.

Guardiola, 49, starts his fifth season in charge of City at Wolves on Monday - longer than his spells at Barcelona and Bayern Munich.

"I would love to stay longer here," he said.
"It is a place I love to be but I have to deserve it. This club achieved standards in the last decade but we have to maintain that."

Guardiola says neither chairman Khaldoon Al Mubarak nor chief executive Ferran Soriano have spoken to him about the situation.

However, after last season's relative disappointment, when they finished 18 points behind champions Liverpool and suffered an unexpected Champions League quarter-final exit to Lyon, who were then easily beaten by Bayern Munich in the semi-finals, there is pressure on Guardiola to improve results.

"They didn't tell me you have to do this or that, they told me to play," said Guardiola. "But I know the standards of the club and if I don't achieve the standards, I probably don't deserve so I have to win to extend my contract."

Guardiola has already bought two new players - Spain winger Ferran Torres and Dutch centre-back Nathan Ake, who is set to make his debut in the Premier League game at Wolves as Aymeric Laporte has been ruled out because of training he missed following a positive coronavirus test.

He is still looking for a right-sided central defender, so Fernandinho is likely to continue in the role, having been confirmed as David Silva's replacement as captain following a decision by the City players.

It remains to be seen what midfielder Phil Foden's involvement will be against Wolves after he and Manchester United's Mason Greenwood were sent home from England duty two weeks ago for breaching coronavirus quarantine guidelines in Iceland.

Responding to some of the criticism the pair had faced, Guardiola said: "Phil knows he made a mistake but I would say stop giving too much advice to other people.

[Video] I joined #FixTheCountry demo because my Church membe...
23 minutes ago