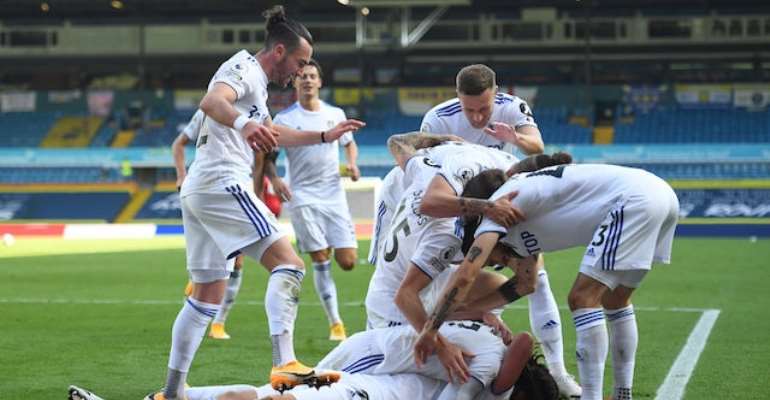 The first Premier League game at Elland Road in 16 years proved to be a roller coaster as Leeds United claimed their first victory of the campaign with a pulsating 4-3 victory over fellow new-boys Fulham.

The hosts opened up an early lead when, in the fifth minute, Helder Costa was left unmarked at the back post to hammer a left-footed volley past Premier League debutant Alphonse Areola.

Aleksandar Mitrovic levelled the scores from the spot in the 34th-minute after Leeds defender Robin Koch conceded a penalty for the second successive week, fouling Joe Bryan.

But Marcelo Bielsa's side restored their lead just five minutes before the break when Fulham's vulnerable defence was exposed once more. Bryan, caught on the wrong side of Patrick Bamford, impeded the Leeds attacker to give the hosts an opportunity to score from the spot, which Mateusz Klich duly did.

Patrick Bamford opened up a two-goal advantage with a clinical finish five minutes after the interval for his second goal of the campaign and he turned provider as Costa grabbed his second of the day with a precision strike.

But Fulham refused to surrender as substitute Bobby De Cordova-Reid made an immediate impact when he pulled one back and Mitrovic headed in from Kenny Tete's cross to reduce the arrears further with more than 20 minutes to play.

There was to be no more drama, though, as Leeds held firm to take maximum points on a memorable afternoon.