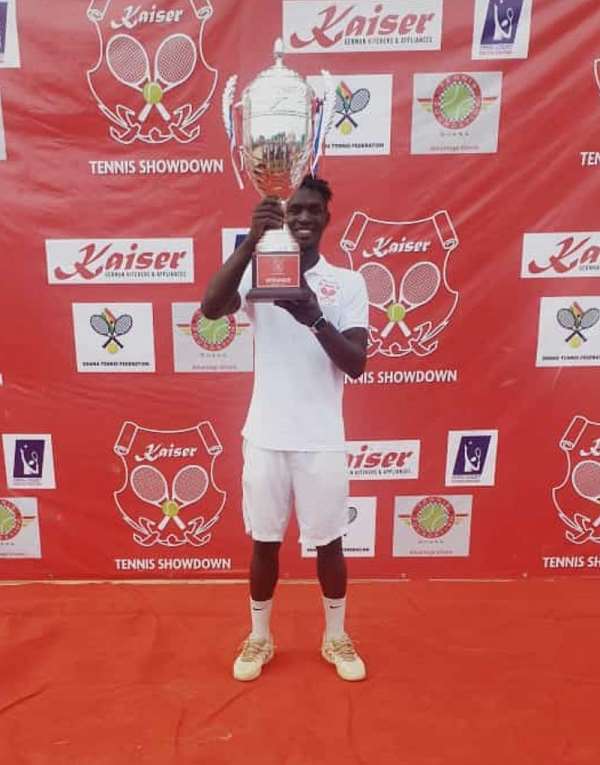 This is Johnson's third title in the year 2020 after winning the National Tour 1 in January and Baby-Jet & MANCWA Top 16 invitational Tourney also in August.

After 6-6 first set, Johnson made the sharper start in the tie break, breaking Okantey's serve in twice to win the set 7-6(4).

After the tentative start, Okantey had begun to move forward in the second set, only for Acquah to keep finding a way past him and won the set 6-1.

Okantey had been hoping to win his first title of the year. Speaking to ghanatennis.org Okantey said it was "always going to be tough facing Johnson. I think we both walked away from it knowing more about our games and about each other".

Johnson after the game also said, "I'm honoured to be standing here as a champion for a third time in a year."

General Manager of Kaiser West Africa Nikita Loginov said, 'We organized this tournament to increase the livelihood of the players. Covid-19 has really affected the players that’s why we at Kaiser put together this tournament’.