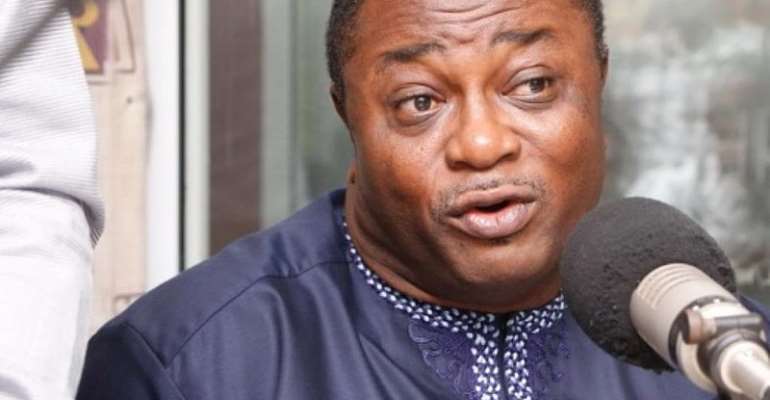 The Dreams FC owner was voted into power as the new leader of the country’s football governing body in October 2019, replacing Lawyer Kwesi Nyantakyi who has been given a life ban from FIFA.

Less than a year into his 4-year tenure, Kurt Okraku continues to receive criticism from stakeholders with some football administrators insisting that has not changed a single thing at the GFA since assuming his role.

Speaking to Kumasi FM, Elvis Afriyie Ankrah has rallied for support for the Ghana FA boss as he notes that he must be given the time to prove himself.

“Kurt Okraku has not spent even a year as the GFA president so let’s give him the opportunity to prove himself”, the former Minister for Youth and Sports said.

Elvis Afriyie Ankrah further advised Kurt Okraku to learn from the mistakes of Lawyer Kwesi Nyantakyi and ensure he does not repeat them.

“Let’s together support him with prayers to succeed but he must learn lessons from his predecessor and make sure he does not repeat those same mistakes”, he added.