REVEALED: Why Empem Dacosta Has Been Thrown Out Of Asante Kotoko 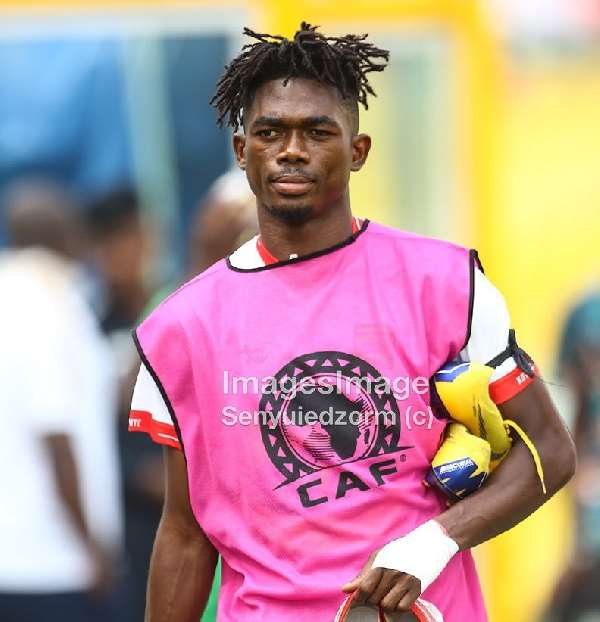 The departure of the defender has generated a lot of debate in the football circles.

The former Karela United player who joined the Porcupine Warriors in 2019 as the next defensive superstar has been told to look elsewhere after failing to command a place.

Dacosta's three-year deal has been terminated by the club after failing to agree to leave on loan.

But according to the player, he prefers leaving the Porcupine Warriors than being sent on lone because he sees himself as a big player in the Ghana Premier League.

"I was the captain of Karela FC from Division One and led them to the Premier League, and I’ve played in the Ghana Premier League for about four years.

“What type of experience do you expect from me again?” he quizzed.

''I'm not perturbed by Kotoko's decision to terminate my contract because there are many who sought for this opportunity I had, I will focus on what is ahead of me.

''I have always loved the club and I never disappointed anytime I was called to duty. I will never give up.

''This is my profession and I believe there are many opportunities elsewhere.

''I want to emphasize that, my contract was not terminated on performance basis. The records are there to prove it but I believe it is the will of God. Someday the truth will be revealed.

''I thank all the fans for the support they gave me.''

Asante Kotoko are beefing up their squad for the 2020/21 Caf Champions League.

A number of players have been linked to the club. However, the club must ship out players before they sign new players.

Dacosta was asked to leave on loan but he resisted the proposal of the club.

But Modernghana.com can confirm that Maxwell Konadu told the 22-year-old that his height is a minus to him and would fit into his plans ahead of their Africa campaign.

Alliance of CSO petitions Parliament for audience with GNPC ...
48 minutes ago