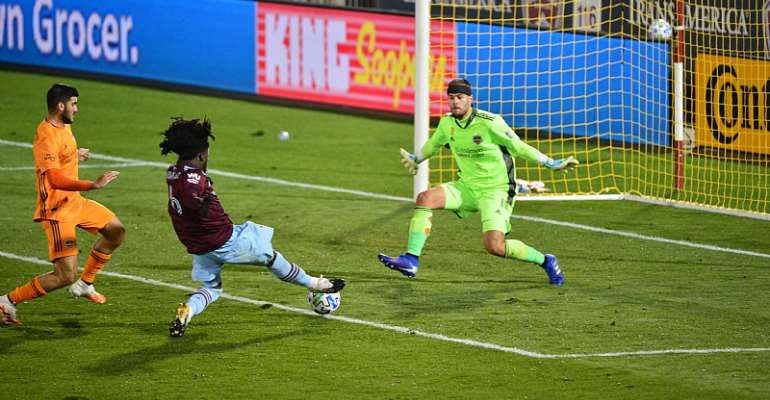 Ghanaian defender Lalas Abubakar scored late on Wednesday night to save his Colorado Rapids outfit from the jaws of defeat as they drew 1-1 against Houston Dynamo in the Major League Soccer (MLS).

The imposing center-back is not known for finding the back of the net often but came to the party yesterday when his side needed a hero.

In what was a Matchday 10 fixture in the ongoing 2020 MLS season, Lalas Abubakar started for Colorado Rapids when they hosted Houston Dynamo at the Dick's Sporting Goods Park.

Following a goalless first half, the visitors returned from the break to score in the first minute of the second half courtesy a strike from Christian Ramirez after he was assisted by Memo Rodriguez.

Now pegged behind, Colorado Rapids had to chase the game to the last second. Fortunately, their efforts paid off in stoppage time when Samuel Vines combined with Lalas Abubakar.

The Ghanaian received a well-weighted pass from his teammate, stayed composed in the box, before sending a low drive beneath the approaching goalkeeper and into the back of the net.

Having played full throttle, Lalas Abubakar finished with high marks as he earned a rating of 7.5 from Modernghana Sports Statistics providers SofaScore.

Lalas Abubakar’s goal on Thursday is his 3rd in the Major League Soccer and his first for Colorado Rapids since moving to the club from Columbus Crew in 2019.

The 25-year old has made 9 appearances for his team this season and continues to earn the numbers to back why he is one of the best in his position in the division. 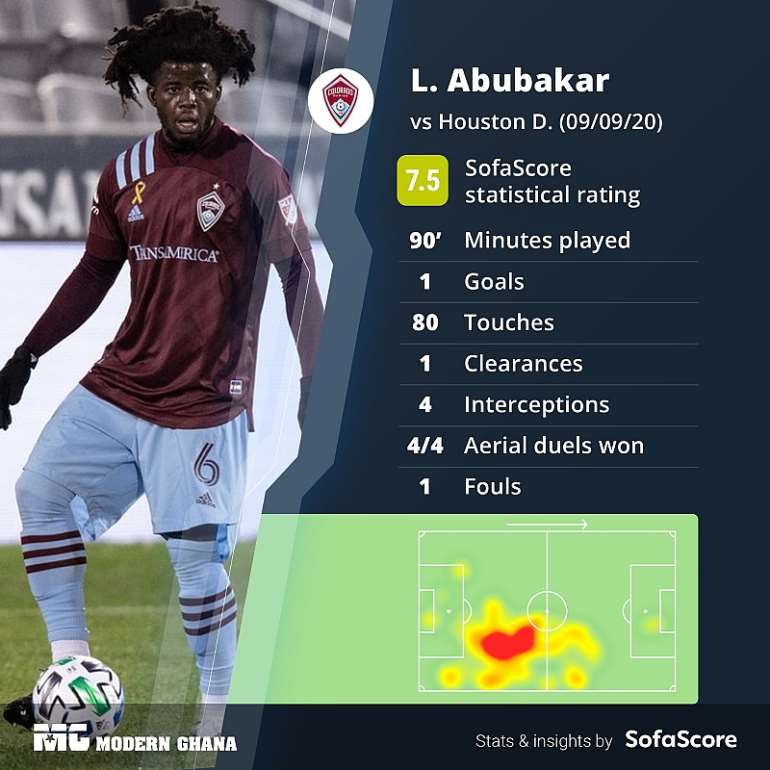