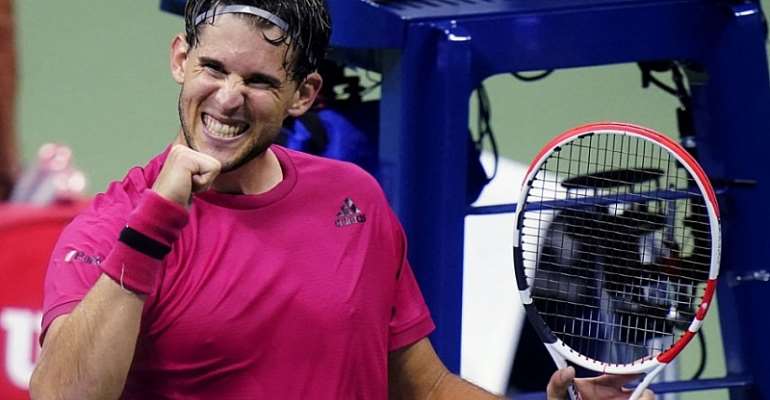 Daniil Medvedev is into his second successive US Open semi-final

Medvedev, who was beaten by Rafael Nadal in the 2019 final, was dominant on Arthur Ashe Stadium despite needing a medical timeout in the final set.

The 24-year-old third seed is yet to drop a set in New York this year.

"It was a very tactical game and I am very happy to go through," he said.

Thiem, 27, booked his place in the US Open last four for the first time with a comprehensive 6-1 6-2 6-4 victory over Australian Alex de Minaur in just over two hours.

With Swiss great Roger Federer and Spanish world number two Nadal not competing at Flushing Meadows, and Novak Djokovic - the other member of the 'big three' - disqualified, Medvedev and Thiem will join a semi-final line-up without a Grand Slam title between them.

There will be a first new winner of a men's Slam since Marin Cilic won the US Open in 2014.

"I guess it's somewhere in the back of the heads of all four remaining players," said Thiem, a three-time Grand Slam finalist.

"There may not be Novak, Roger and Rafa but there is Daniil, Sascha [Zverev] and Pablo [Carrena Busta].

"They are three amazing players and every one of us deserves this first title. We will give it our all. Once we step on the court we will forget about the other three."

She even wears knickers to wash in the compound — Takoradi w...
19 minutes ago