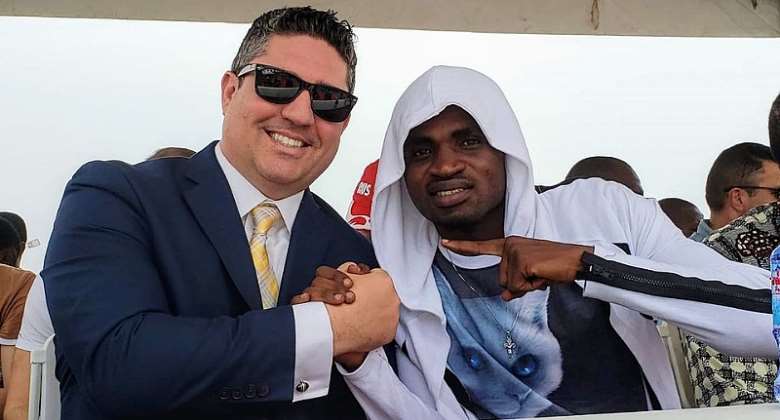 Ghana’s world light contender, Emmanuel Tagoe has landed in the USA last Sunday and began his training camp in Miami, Florida as he awaits the new date for his next fight.

Tagoe aka ‘Game Boy’ was in high spirit as he was welcome by his manager, Peter Kahn who disclosed that the stylish boxer is coming up with something new to thrill and pull more fans.

With a record of 31 wins against one loss, Tagoe, a former IBO champion between 2016 and 2018 is highly rated in the world lightweight ranks.

He is one of the few boxers with no amateur experience and lost his very first fight. He has since not looked back or disappointed his fans.

He is ranked as the world's ninth-best active lightweight by the Transnational Boxing Rankings Board and tenth by The Ring.

Ukraine’s Denis Berinchyk was supposed to face Tagoe in an elimination bout to the WBO belt held by Lomachenko.

Tagoe’s opponent, a 32-year-old undefeated boxer in 20 professional bouts with 17 knockouts, is looking forward to proving himself at the biggest stage of his career.

Berinchyk earned a unanimous points decision win over Hector Edgardo Sarmiento in his last bout in February this year, which was his fourth WBO international title defence.

Mankessim: 55-year-old kenkey seller knocked down by speedin...
57 minutes ago