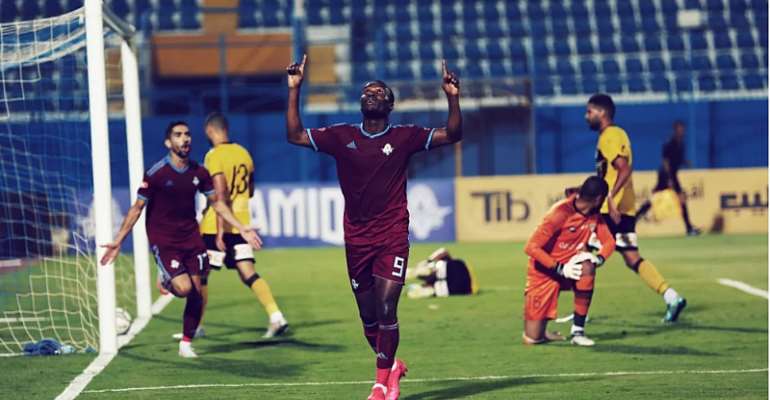 Ghanaian striker John Antwi achieved a remarkable milestone in Egyptian football this week, reaching a centenary of goals in all competitions with Egyptian clubs.

Antwi, 28, who plays currently for Egyptian big spenders Pyramids FC scored his side’s lone goal in their away defeat 2-1 at Gouna on Sunday (6 September 2020), his fourth league goal of the season and 10 in all competitions with Pyramids.

It was Antwi’s 72nd goal in the Egyptian Premier League, and his 100th goal with Egyptian clubs in all competitions, setting an unprecedented new record for foreign players in history of Egyptian football.

Antwi joined Ismaily in 2012. He also donned the shirts of giants Al Ahly and Misr El Makasa before joining Pyramids last year. His goal counts cuts across the four clubs: 35 goals with Ismaily, 11 with Al Ahly, 40 with Makasa and 14 with Pyramids.

His 72 goals in Egyptian Premier League remains also a record for foreign players. Antwi - who was the Egyptian League's top scorer in 2013/14 season with Ismaily – overtook compatriot Ernest Papa Arko, who netted during his over decade spell in Egypt.

Here’s the top five foreign scorers in the history of Egyptian Premier League;