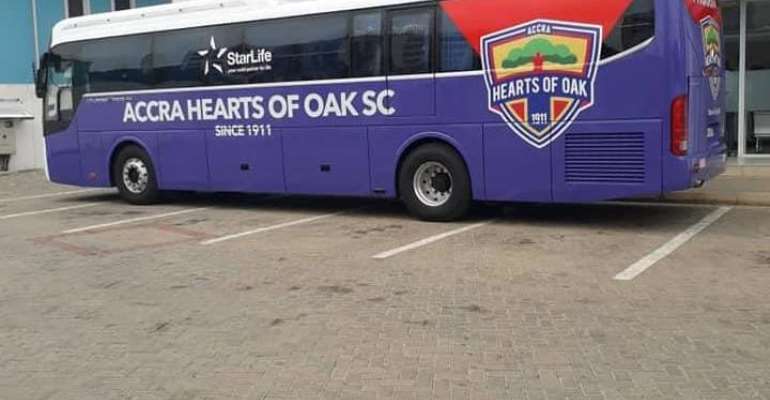 Ghana Premier League side, Hearts of Oak has unveiled its new 48-seater Hyundai bus at a ceremony held today at the Star Assurance head office in Accra.

StarLife Insurance acquired the new team bus for the Phobians and presented to the club at the ceremony.

The Phobians now have a new bus to transport them across the country when the new season begins.

The second most successful club in the history of the domestic top-flight, the Accra-based side have clinched the league title on 19 occasions.

The outfit has also won the Ghana Super Cup twice.
On the continental level, Hearts ruled Africa in 2000 when they beat Tunisian side Esperance to win the Caf Champions League. The following year, they lifted the Caf Super Cup.

In 2005, the Accra-based fold, the Phobians ruled one more time when they edged country rivals Asante Kotoko in a local derby to win the Caf Confederation Cup.

She even wears knickers to wash in the compound — Takoradi w...
4 minutes ago