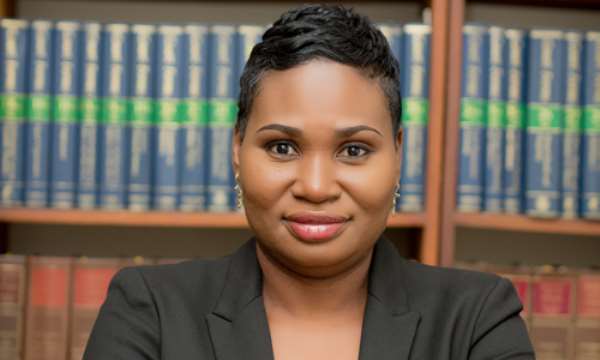 Lawyer for the Ghana Football Association (GFA), Naa Odofoley Nortey has revealed that Wilfred Kwaku Osei Palmer can contest future elections of the association if he does the right things.

In 2019, the owner of Tema Youth Football Club picked forms to contest the presidential elections of the GFA but was subsequently disqualified by the vetting committee on grounds that he had failed to honour a financial obligation to the association after transferring one of his players.

The unhappy football administrator subsequently dragged the country’s football governing body to the Court of Arbitration for Sports (CAS) seeking several reliefs including his clearance to vie for the top position in re-election.

After losing the case at CAS, many have interpreted that Wilfred Kwaku Osei Palmer remains ineligible to contest for the GFA presidential position in future elections.

Speaking to Oyerepa FM today, Lawyer Naa Odofoley Nortey who represented the GFA at CAS has disclosed that Palmer will be able to contest if he clears himself.

“There's no reason why he can't stand in the next elections, as for that one I will say it for free”, the astute lawyer said.

She continued, “One thing is that every candidate will have to pass integrity test so this time when the answer is Yes, he should tick Yes and explain and that's it and if he's in breach of any of the articles or regulations of the FA, he should go and make sure that he has cleared those breaches and he will be free”.

Meanwhile, Wilfred Kwaku Osei Palmer has accepted the ruling from CAS and has rallied support from all and sundry for the development of football in the country.

Group demand justice for Fulani who died under mysterious ci...
6 minutes ago