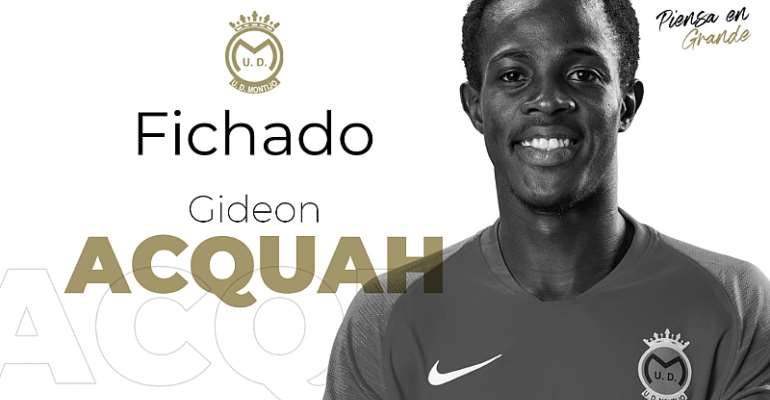 Modernghana Sports can officially report that Ghanaian youngster Gideon Acquah has sealed his transfer to Spanish Tercera side UD Montijo in the ongoing summer transfer window.

The Spanish club has been in talks with Medeama SC for a while for the signature of the defender and has today managed to secure the services of the 20-year old ahead of the upcoming football season.

“UD Montijo makes official the signing of Gideon Acquah, better known as 'Gideon', who signs for the red-black club the next four seasons after reaching an agreement with his home club, Medeama SC”, an official club statement has announced today.

Gideon Acquah moved abroad for the first time in 2018 when he was loaned out to Spanish Segunda outfit UD Extremadura.

He has managed to significantly improve his game and featured in 27 games in the rojinegro team last season.

At UD Montijo, the young defender will be expected to continue his development to ensure he reaches his full potential.

MMDCE appointments shouldn't be seen as job for the boys' - ...
39 minutes ago