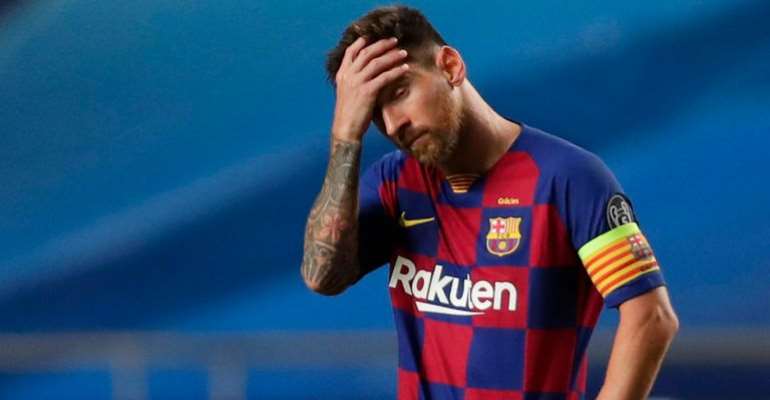 Wantaway Lionel Messi has failed to show up for Barcelona's mandatory coronavirus testing.

He was supposed to turn up at 10.15 on Sunday morning to have a test for Covid-19 ahead of the resumption of training on Monday.

But he did not appear - indicating his belief that he is no longer under contract at Camp Nou.

The 33-year-old six-times world player of the year informed the club on Tuesday he wished to leave immediately - and his lawyers say that there is a clause in his four-year contract, signed in 2017, which would have allowed the forward to leave the club for free if he had requested it by June 10.

They will argue that that date - which would have been the end of the 2019-2020 season - is now irrelevant after the coronavirus delays that led to the season’s extension and the team playing deep into August.