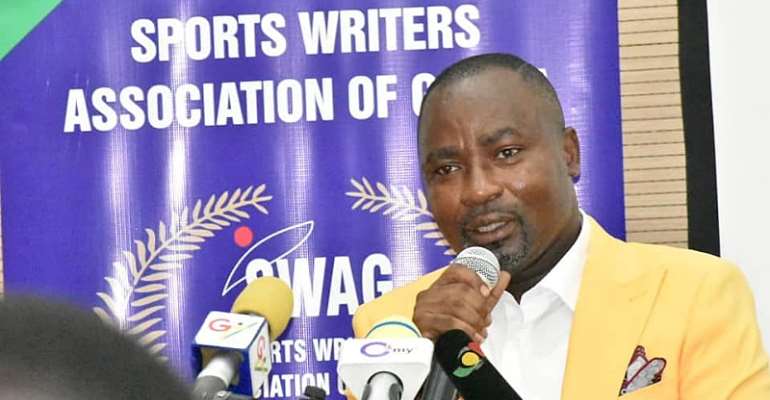 Mr Charles Osei Asibey, Secretary-General of the Sports Writers Association of Ghana (SWAG) has assured sportsmen and women as well as sports fans that the 45th Awards would definitely come on.

In an exclusive interview with the hard-working scribe of the sporting inky fraternity, he expressed that, the major sponsor of the event, MTN have promised to support and make it small, but virtually grand and exclusive for a few special invited guests.

According to Osei Asibey, the SWAG executive and Awards Planning Committee are trying to find a suitable venue, before the new date would be released. The event was earlier fixed for May 23, 2020, at the AICC.

He stressed that the Covid-19 pandemic which brought all sports events to a halt and caused the world’ biggest sports festival, the Olympic Games to be postponed is to be blamed for the delay in the ceremony, but assured that since the event has gone on unbreakable since 1973, the hierarchy of SWAG and the sponsors, MTN Ghana are trying their best to find solutions.

He said the Covid-19 has really worried the association, as all their plans, programmes and activities had to be rescheduled.

He was however glad that they have been able to inaugurate some regional branches to inspire sports journalists in the Volta, Bono and Ashanti Regions.

He noted that Ghana is no doubt a sports nation, and engaging in physical activities is a way of fighting the coronavirus.

He urged sportsmen and women to keep on training, and prepare well for the next Olympic Games in 2021 in Japan and more importantly the 13th African Games to be hosted in Ghana in 2023.

The 45th MTN SWAG awards will see 27 sports personalities who have excelled in the past sports season being honoured.

At the launch of the Awards, Kwabena Yeboah, President of SWAG said the best five performing sports federations would be recognized and honoured, namely; weightlifting, rugby, athletics, badminton and arm-wrestling.

Your MMDCE list plagued by inequalities entrenched in the du...
59 minutes ago