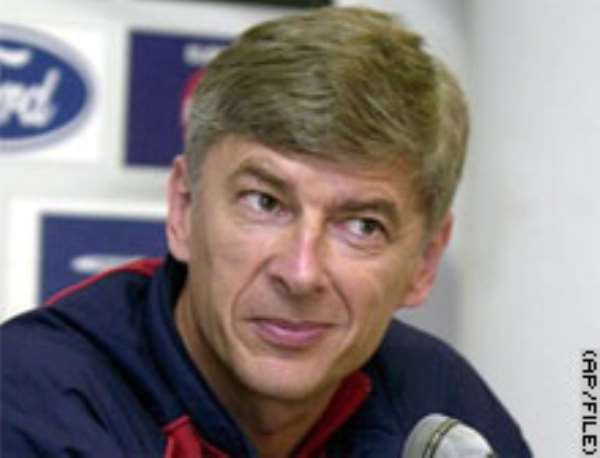 Wenger wants to sign Shilla after the 23-year-old impressed on a preseason trial.

Shilla will be allowed to leave his native club Kotoko for around �500,000 in another bargain deal for Wenger.

He has already discovered Kolo Toure and Emmanuel Eboue and turned them into key members of the Arsenal squad.

Wenger spotted Shilla during the World Cup and watched all four of his games for the African nation before they were dumped out by Brazil.