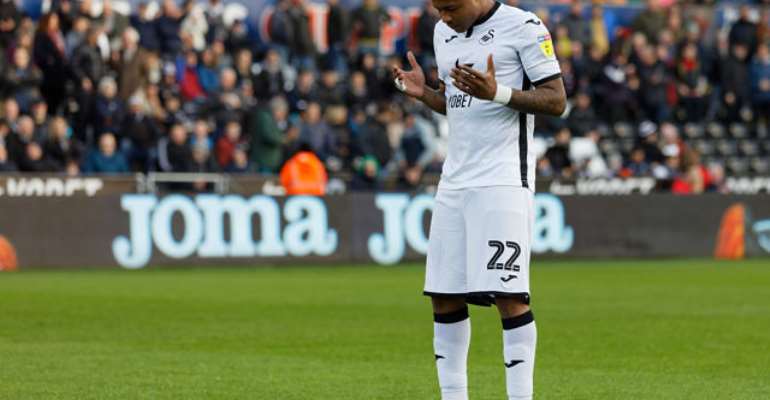 Swansea City manager, Steve Cooper has admitted that Andre Ayew is too big to be playing the English Championship but will hold discussion on his future.

Andre Ayew's hopes of playing in the Premier League were dashed on Wednesday after bowing to a 3-1 loss against Brentford at the Griffin Park despite winning by a lone goal in the first league encounter at the Liberty Stadium.

Ayew has a year to run on his sizeable contract, but may move on after Swansea missed out on promotion to the Premier League.

"I think that's a conversation me and Andre need to have," Cooper was quoted as saying by BBC Sport.

"I would like nothing more than for Andre to be playing with us again next season.

"We have seen the real level of player he is this year, with the goals he has scored and the impact he has had on and off the pitch. It's been brilliant to work with him.

"But I understand Andre is a better player than the Championship. That's a matter of fact and I am sure he will have offers to do that."

Cooper has hinted that will the Swans' deputy captain contract set to run out there would be contract discussions with him.

"We need to have a good conversation over the next couple of days. We trust each other 100 per cent and in the end, we will come to a resolution that's right for everybody," he added.

"I understand that it'll be a talking point, whether he stays or goes.

"Whatever Andre decides to do, he will have thought about it long and hard about it, that's for sure, and we'll see where it goes."

He has shone under Cooper, scoring 18 goals and claiming seven assists in 47 appearances.