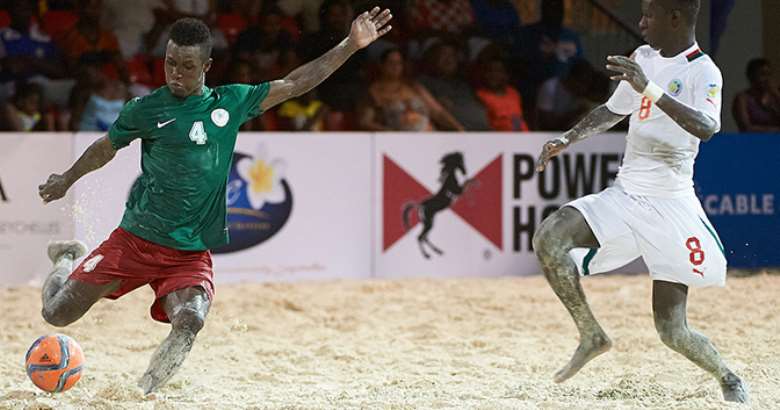 The African Beach Soccer Union (ABSU) Steering Committee, has held a successful meeting to lay down the foundation for the collective lobbying, facilitation and strategic development of beach soccer across the African continent.

A prime objective of the ABSU is to be a value-adding organisation, complementing the efforts of respective parent National Football Associations.

Held on the 26th of July via Zoom conference on behalf of African Beach Soccer stakeholders, the discussions mainly centred around the structures, development and growth of the exciting sand sport across Africa.

The following representatives from member countries participated in the session;

Significantly, the committee also used the stakeholders' session to select their representatives in order to help organise and plan the execution of their action timetable for the developmental project.

The committee came to an understanding that the following individuals would help steer the affairs of African Beach Soccer Union as leaders;

The committee wishes to inform all stakeholders that a draft work-plan currently being drafted, would soon be announced in due course for further action.

The need for Sub-Committees was also a major factor considered by the committee during the meeting and stakeholders are to take note as the following areas were listed, pending final approval.

On behalf of the African Beach Soccer Union, the new Chairman and his leadership wish to express their profound gratitude to all stakeholders especially member bodies for their support.

The ABSU is confident that the tireless efforts of all members in the quest to raise the level of beach soccer in Africa, is a collective mission that can be accomplished.

The next meeting of ABSU which was coordinated by the CEO of BSMag Taye Olajide would be held on the first weekend of August 2020.