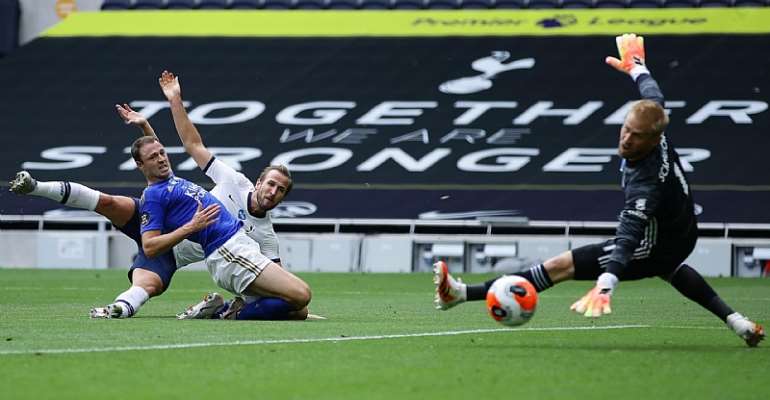 Spurs kept their hopes of qualifying for the Europa League alive with a 3-0 victory over Leicester City at the Tottenham Hotspur Stadium.

The hosts took the lead after just six minutes, when a quick break lead to Son Heung-min’s shot taking a big deflection off James Justin and going into the bottom corner.

Son was almost clear with a chance a fourth just after half-time but slipped over as he latched on to a brilliant reverse pass from Kane. Spurs then comfortably held Leicester at bay in an otherwise uneventful second half.

The victory moves Tottenham up to sixth in the table while Leicester remain in fourth, level on points with Manchester United but ahead on goals scored.

Leicester will host United in their final game of the season next Sunday as they both chase the final two Champions League qualifying places with Chelsea.